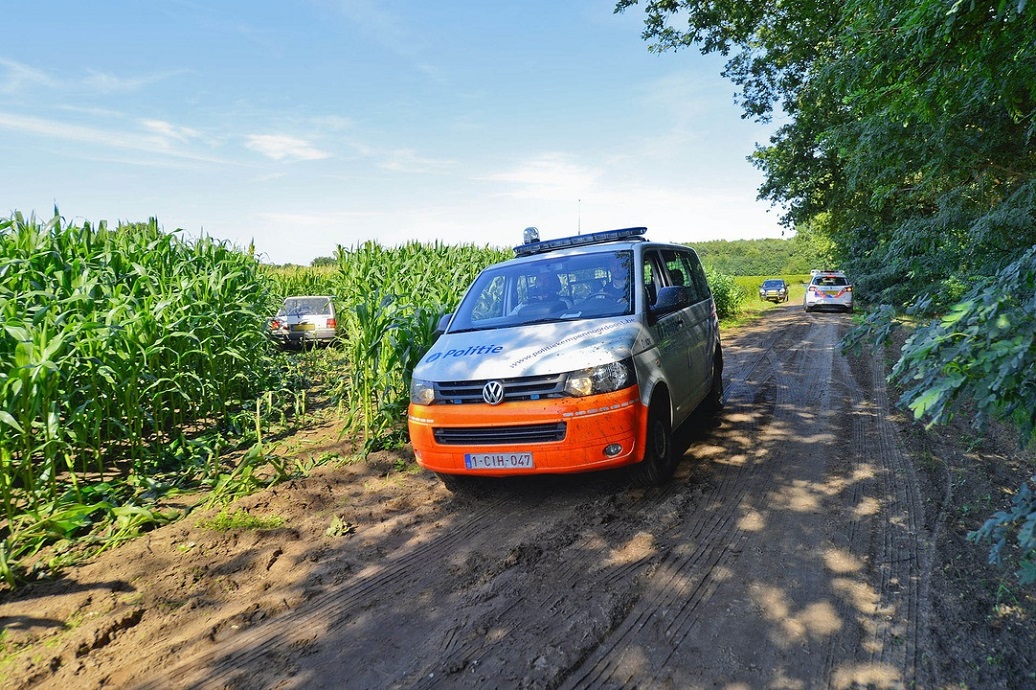 A car ended up in a corn field in Veldhoven after a chase by Belgian police. There were two occupants, a man and a woman. The woman was arrested, but the man is still on the loose.

The pair were travelling in an old Toyota Starlet. The police suspected that it was a stolen vehicle, as reported, and started to give chase. The vehicle was found to contain a number of stolen items.

The case was reported in Antwerp and ended up in Hoogeloonsedijk in Veldhoven. The incident took place on Monday morning.