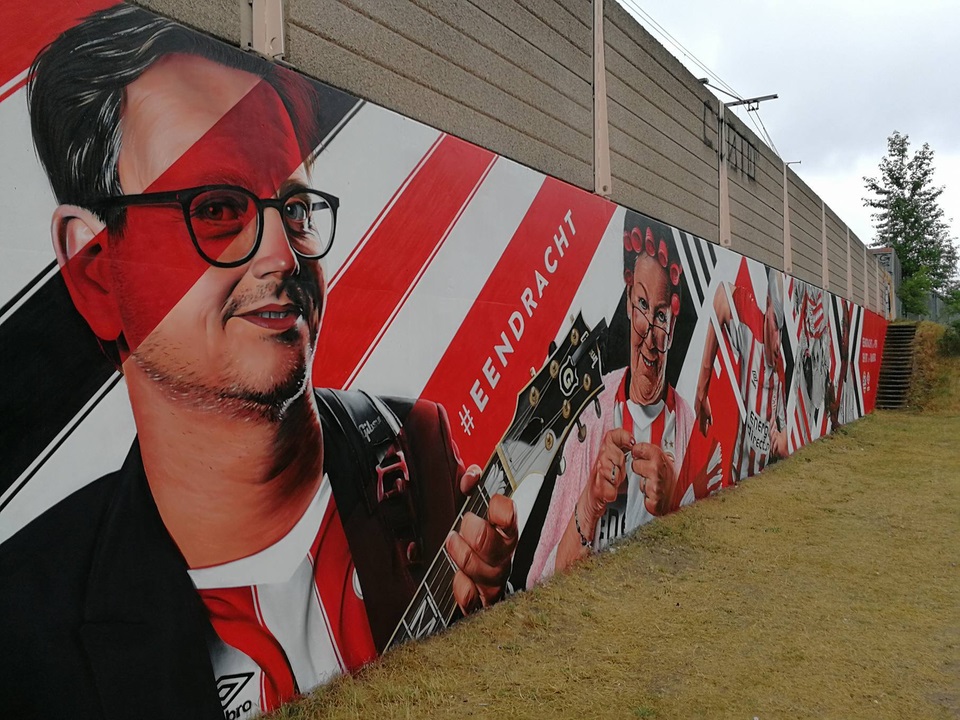 PSV player, Jorrit Hendrix, and singer, Guus Meeuwis, will now catch your eye on PSV-laan. They are part of the newly-completed 25 meter long wall painting near Philips Stadium.

Graffito artists have been working on the project for two weeks now. The initiative was part of E-moves, an urban festival held in Eindhoven.

The artwork was done by Studio Giftig. This company specialises in large wall paintings and earlier did the large paintings of pop artists at the Klokgebouw.

The project is supported by the Einhoven football club.