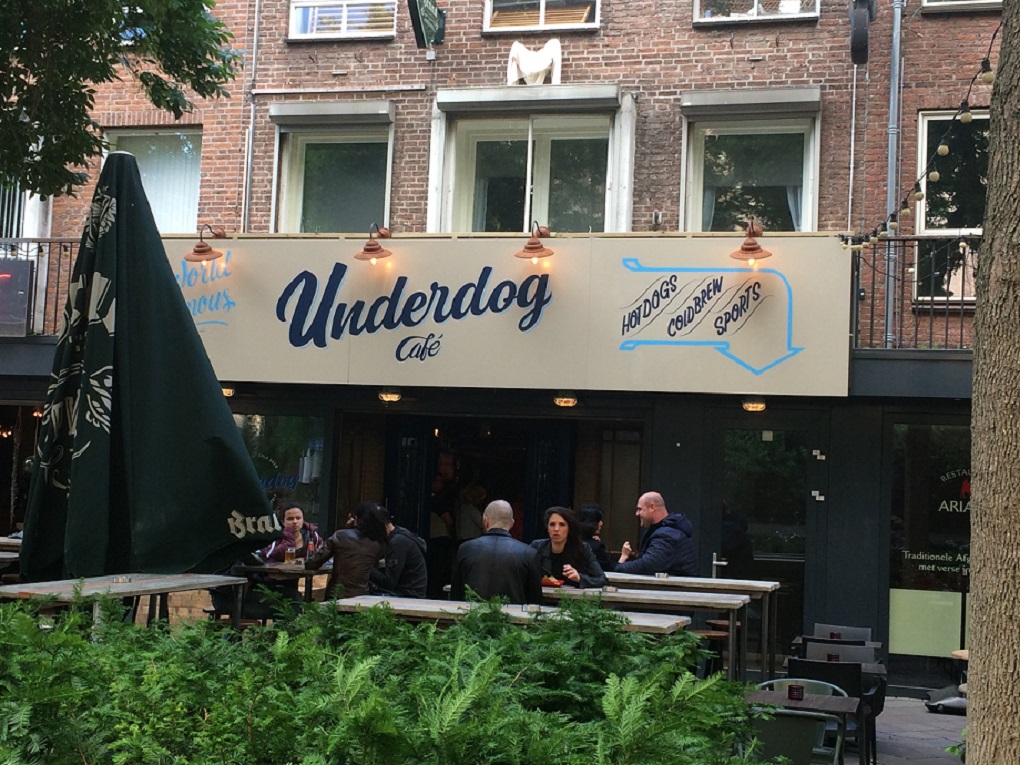 Underdog Café, in Kerkstraat,  opened its doors to public during a grand opening on 7 June 2017. The owner, Nick op ’t Veld, wanted for a “real bar”; considering the sense of the place and the people he has gathered there, he has succeeded in creating one. The place has the desired cosiness and cool staff.

The bar has its own specialities in terms of brew, food, and music. At the moment, it is the only Dutch bar where three different Californian Lagunitas beers are served fresh from the tap. Lagunitas Sucks is one of three, and being served in ice-cold jar, it has a new aromatic taste that is worth a try.

The place is also a pioneer in serving hot dogs as bar snack; that turns out to be a perfect match. All elements are chosen to perfection; the sausage, bread, toppings, and sauces. A vegetarian option is also included in the menu.

Old funky MTV music is heard, and also seen along with their music videos, on the many screens all around the bar. Sports – if there are any going on – will also be shown on the big screen.

Report and photo by: Anahita Haghparast