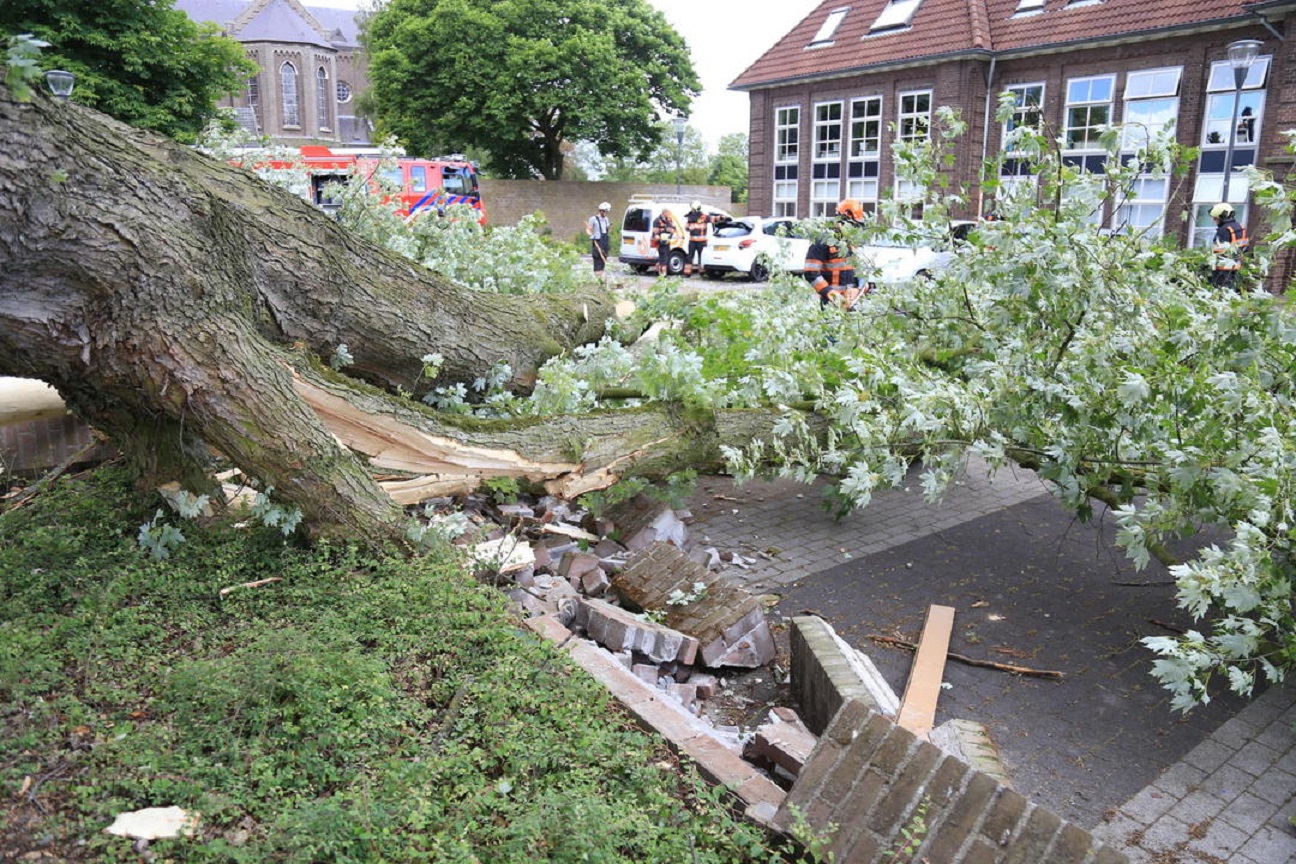 The turbulent spring weather caused storm damage in the region today. According to the fire department, there are eight incidents. There were no injured.

In Eindhoven a number of trees fell. That’s what happened at the Claralaan this afternoon. The fire brigade closed off the bicycle path with a ribbon. On the Saturnusweg there was a fallen tree as well. Therefore, the roundabout was closed for traffic.

On the Schoolpad in Nuenen a fallen tree has damaged three cars. A broken branch caused part of a wall to collapse. The fire brigade will cut off the rest of the tree.

In addition, trees also fell in Gemert and Neerkant. In Gemert, a car was damaged.