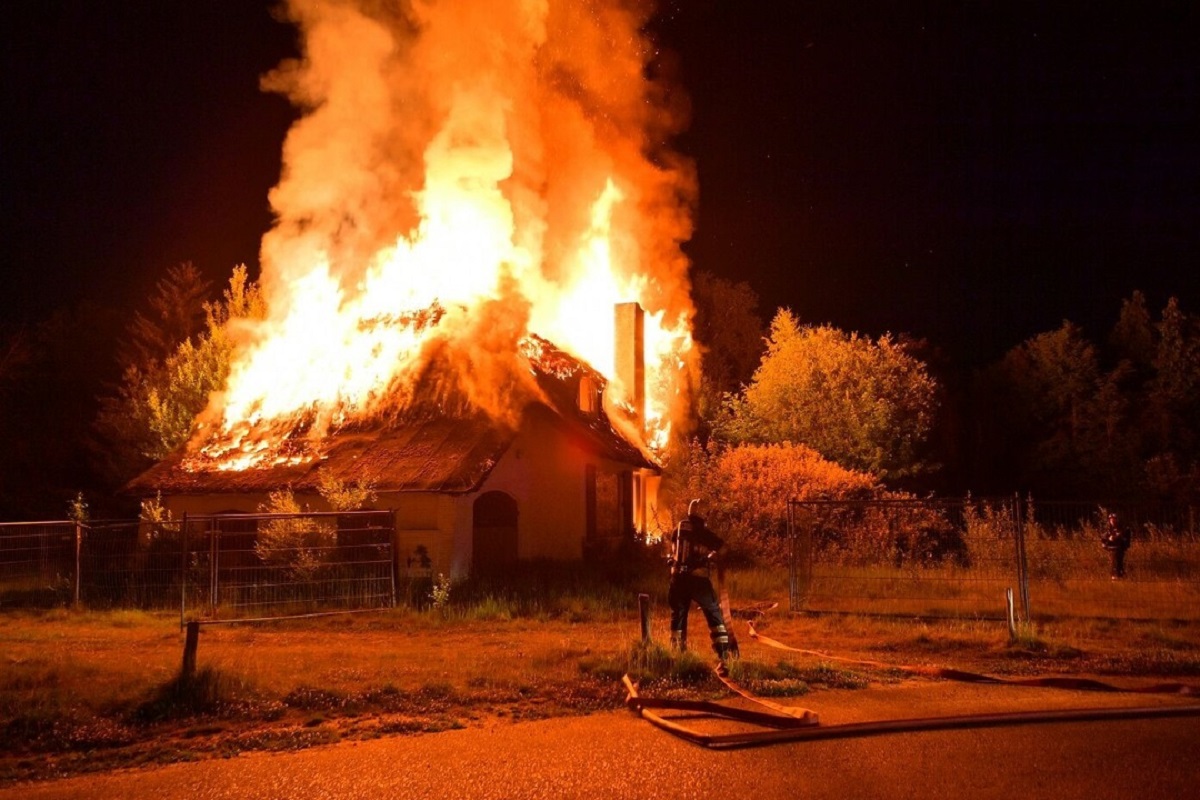 A blazing fire destroyed a vacant villa on Sunday night in Waalre. The fire started at the Blikslagerij at around 10.45 PM and soon spread to the thatched roof.

The fire raged in a villa on the former Brabantia ground,  close to the Tongelreep river in Aalst. The Fire Brigade declared the building lost after which they decided to let the villa burn down in a controlled fire.

The Fire Brigade arrived with three fire engines, an aerial work platform and several cars from the support services.