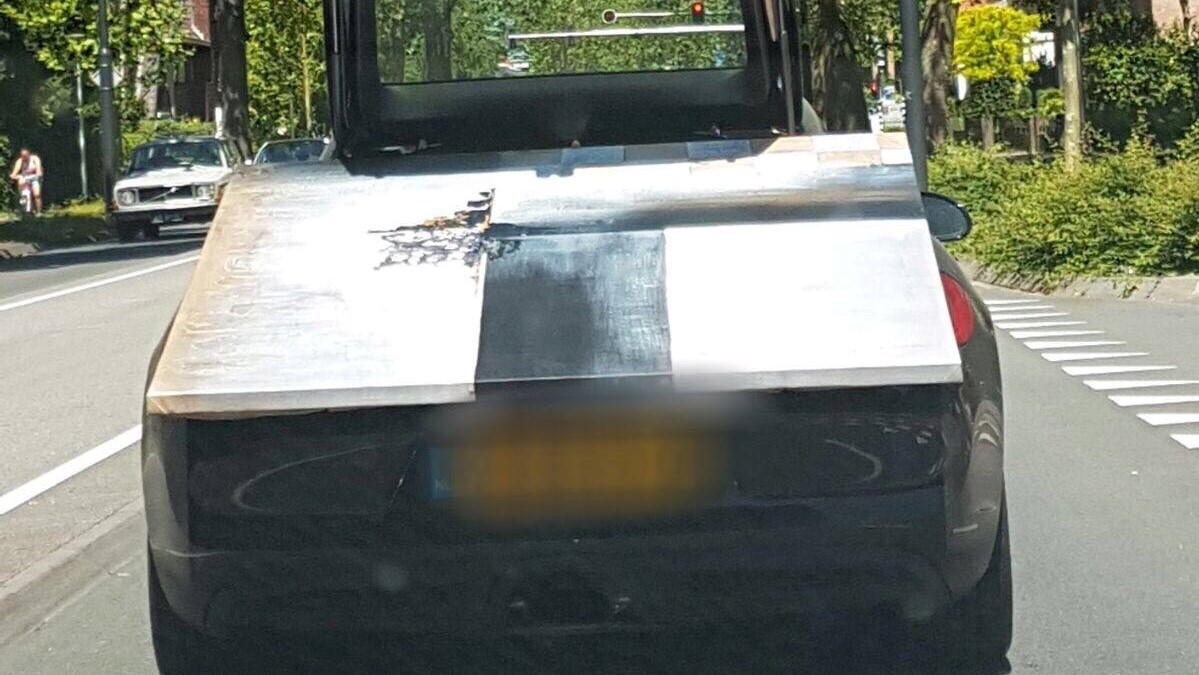 It was a strange scene on Aalsterweg on Friday afternoon. The driver of a Porsche Cayman was transporting an onversized painting in the boot of his car. The man held onto the painting with one hand and drove the car with the other.

Officers stopped the car immediately. The driver immediately admitted that he knew he was in the wrong. The officers gave him a stern talking to about road safety.

The painting was much too big and only fastened with one little piece of cable.

Because the man was only a few hundred meters from his destination, the police escorted him there. Apparently the driver was not fined.