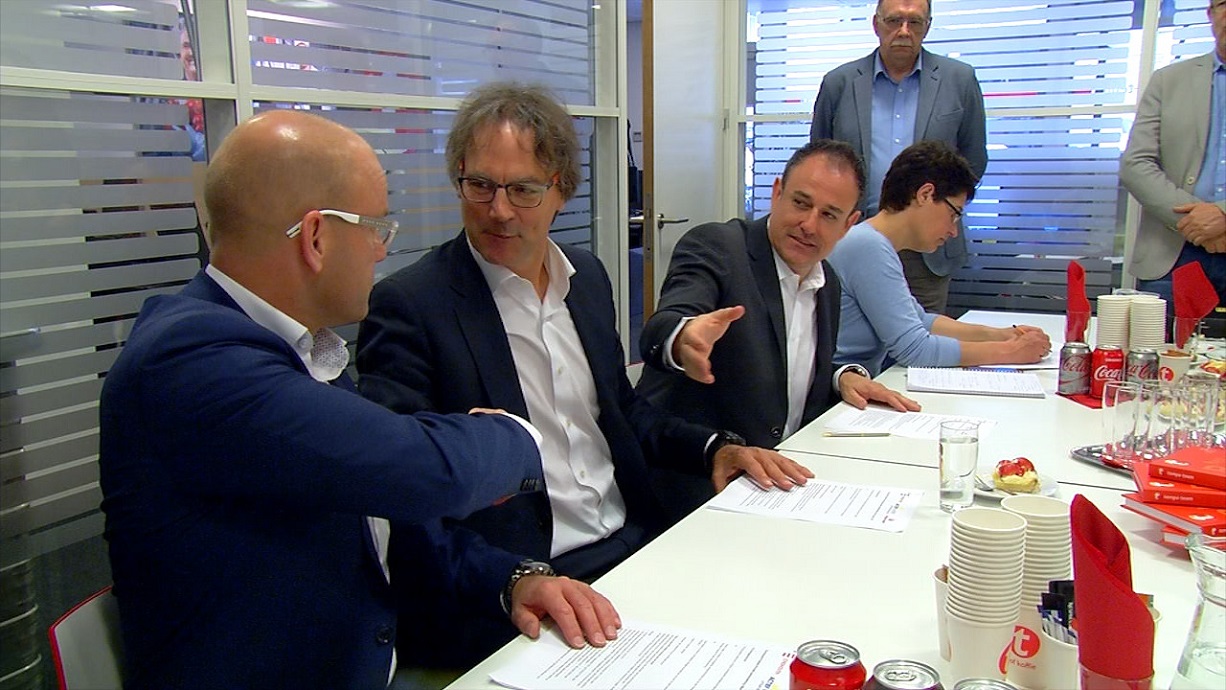 Councillor Staf Depla yesterday signed the Public Private Co-operation (Publieke Private Samewerking – PPS) agreement. The aim of the agreement is to get more people a job, expecially those who are distanced from the job market.

PPS is an co-operative agreement between the municipality and two employment agencies: Tempo Team and Actief Werkt. These employment agencies started a pilot project in November 2015, which has proven to be successful. Since then 70 people from the Werkleerbedrijf have been working long term, i.e for more than six months.

Frans Rutten have been employed since January, thanks to to the PPS project. After a career as an accountant, he became unemployed in 2012. As someone older than 50, it was not easy to get another job, which did not involve manual labour. With the help of a representative at Actief Werkt, he found suitable employment, albeit in a different sector. Frans is, however, pleased with his new job and enjoys having an income, structure and colleagues.

The project has proven to be a win-win situation for municipalities and the unemployed. Although the agreement is only valid for a year, everyone involved thinks it will, due to its success, continue for longer.