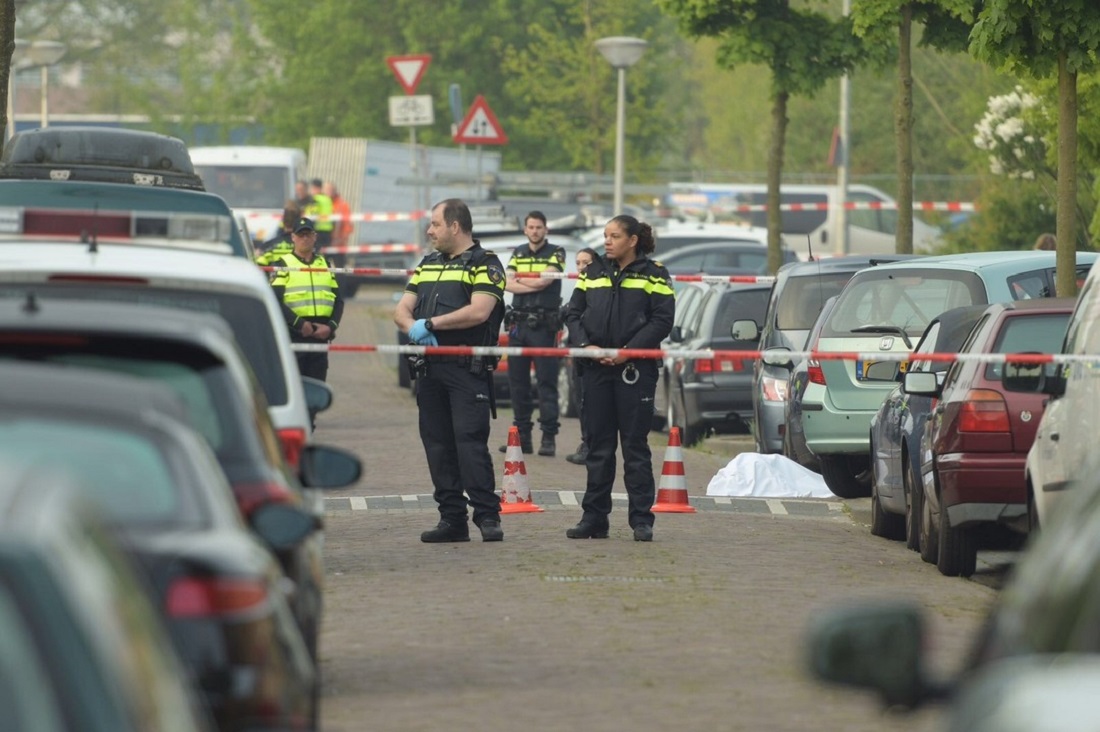 On Sunday morning at approximately 6.15 a man was found dead, at the corner of the Memlincstraat and Kaapseweg in the borough of Tongelre. According to bystanders the young man was shot.

The man apparently lived in the street. The police confirmed that it was a being treated as a crime. The identity of the man is as yet unknown.

Around 6 AM a call came in at the emergency services that a man was lying in the street. He was, apparently, found beside a car. The police were assisted by ambulance and fire brigade. The police conducted their investigation all day on Sunday during which the street was closed off.