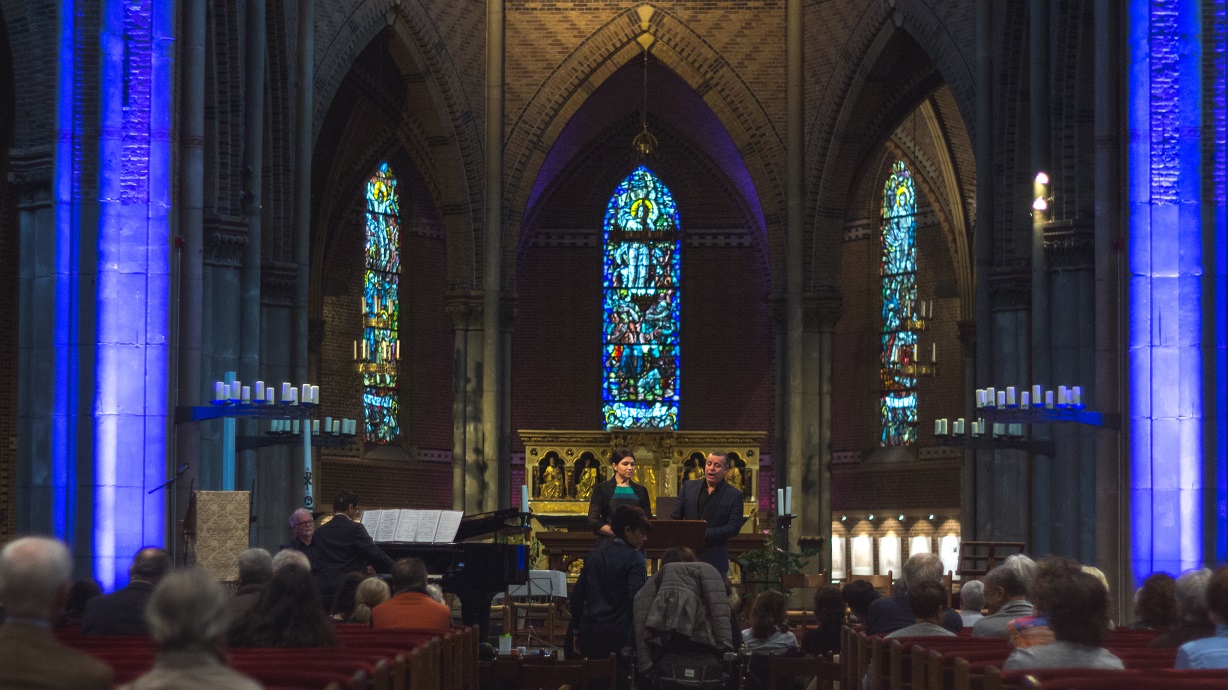 On Sunday, 14 May, Stichting Vredesburo Eindhoven and Werkgroep Eindhoven Kobanê held a musical concert in Catharinakerk. The concert was held to raise awareness for various initiatives in the city of Kobanê in Northern Syria. Performers included Ali Safavian, Ardjoena Soerjadi, Margreet Markerink, and seven-year old Twana, who made her musical debut.

The music was a mix of western European and Middle Eastern. There was even an improvised set which involved Ali Authman on violin, Monir Goran playing the ud, and Esseline van de Sande who wrote and narrated a story about Syria.

While it was an amazing experience all around, I was, personally, touched by the music of Ardjoena Soerjadi playing the piano.

As he started playing the Clair de Lune amidst the towering spires of the church, it seemed as though, through him, the piano was sending up the tendrils of its song to comfort those trying to rebuilt the ruins in Kobanê. As if, by some unseen connection and through the music, all of us who had gathered could, somehow, send those brave souls our love and hope for their future.

They also gave away coupons for hugs at the door. That was awesome. At the end of the concert you were also offered various dishes of Middle Eastern origin. That, too, was awesome.

For more information about Vredesburo Eindhoven, visit their website or send them an email at info@eindhovenkobane.nl. You can also find them on Facebook.

Photo and article By Charise Walraven