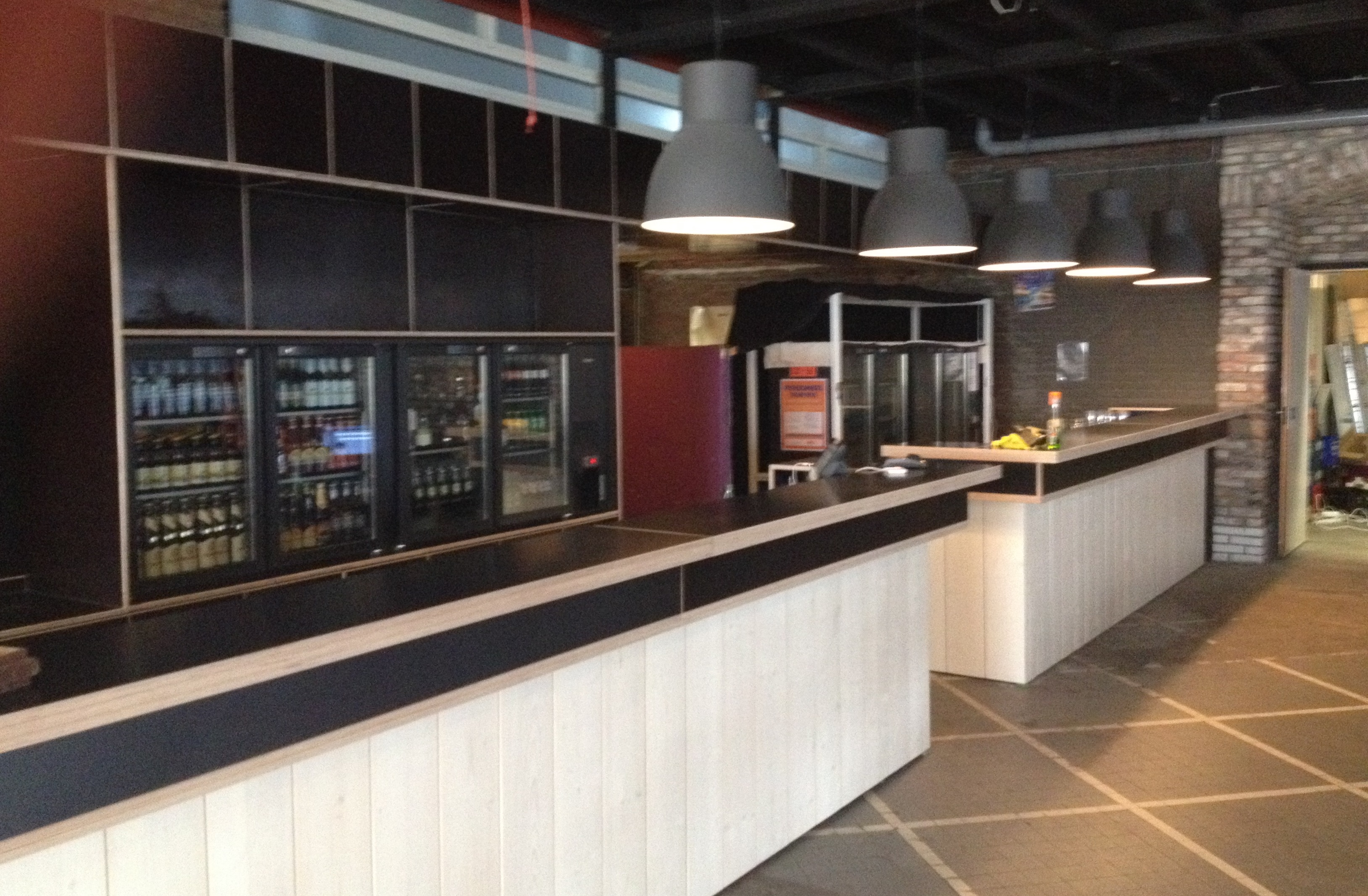 The meeting place for internationals, The Hub at Vestdijk Eindhoven finally has a real bar.

With that bar, a gift from ASML, The Hub can grow into a semi-professional organization. ‘The Hub not only wants to better serve the international and Dutch visitors, but is also aiming for more revenue. Because extra funds are desperately needed to get the volunteer organization at the level of a stable organization with two professionals’, says co-founder Joost van Dijck.

Joost van Dijck and Lin Pender with the help of many volunteers started four years ago with great enthusiasm in the building at the Vestdijk. It had to become a living room for internationals. Meanwhile, The Hub attracts 20,000 visitors a year. Not only knowledge workers from other countries are welcome, but Dutch people as well. “We are especially concerned about the connection between different cultures and we want to ensure that international knowledge workers feel at home in Eindhoven” says Van Dijck.

The first years The Hub has mainly dealt with organizing various activities and they have ensured that expats could find The Hub. “Now it’s time for a more professional approach, The Hub 2.0. Over two years we want to be financially independent, ” adds Van Dijck.

Previously, he has enlisted financial support from the municipality and large companies. He has asked both to contribute one hundred thousand euros, another hundred thousand comes from The Hub itself, derived from the operation.

Louise from the UK, working behind the bar tow times a week as a volunteer says that finally there is enough space and that she is happy to work with this new efficient facility.

After some final touches the bar will be open for public on April 27 at King’s Day.