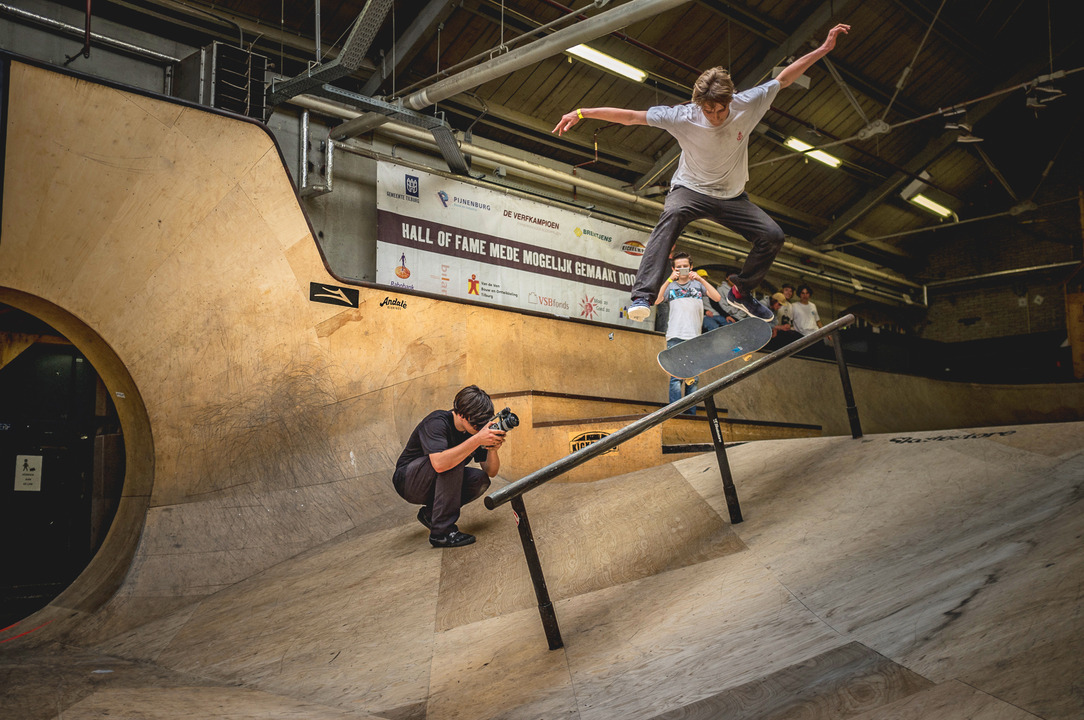 Skatepark Area 51 will host the Brabant Open Skateboard Contest on Sunday April 7 when the travelling competition makes its second stop in Eindhoven. An exposition on Brabant’s skateboarding scene will join the contest.

Director Cees Thomassen hopes the competition will showcase the county’s skateboarding talent and facilities. Brabant has the most indoor skating facilities in the Netherlands, says Thomassen, which is likely the reason many skate champions hail from the region.

The competition’s first stop was Tilburg. After Eindhoven, Brabant Open will continue on to Helmond, Breda, and Den Bosch.

Exposition ‘Brabant: Home of Skateboarding’ is travelling with the contest to all cities and can be viewed in skatepark cafés. With photographs and videos, the exhibition offers a unique look into Brabant’s skateboarding scene.

Brabant Open rankings will be drawn after the last game in Den Bosch on April 30, at which time the winner will also be announced.