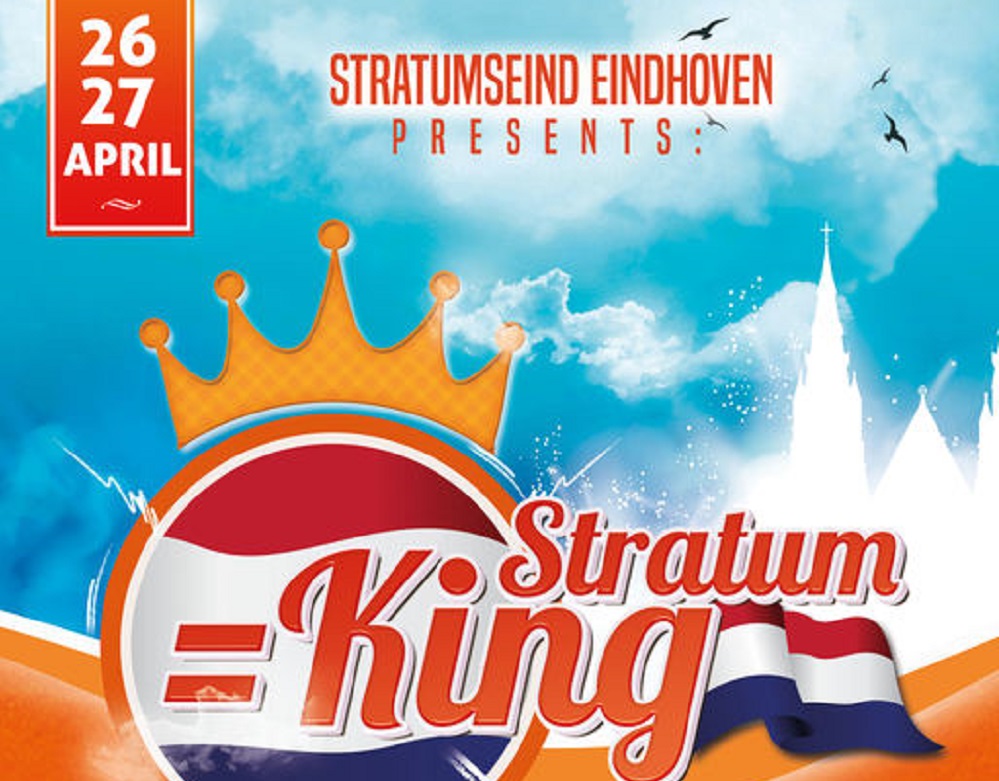 Stratumseind will be organizing this year’s festival with King’s Day. After a year of absence, there will be four podiums on squares around the entertainment area again. With Stratum = King, Stratumseind wants to express itself as a divers King’s Day festival.

The podiums of Stratum = King will be on the Begijnenhof, the College, the Oude Stadsgracht and Molenveld. All four squares have their own musical style: urban, rock, hits and party music.

The outdoor event takes place from 18.00 to 01.00 on King’s Night. You will be able to party indoors until 04:00. On King’s Day the ‘orange madness’ explodes in the afternoon hours and artists are planned to be in the squares until midnight. All fifty pubs will be open on King’s Day until 02:00.

Vereniging Horecabelangen Stratumseind (Association of Hospitality Holdings) wants to use Stratum = King as a way to put the entertainment area better in the market as an alternative to the big festivals in the region. According to a spokesman, Stratumseind truly offers something for everyone and you are able to entertain yourself with music all day.

Stratum = King is part of the Action Plan Stratumseind 2.0 in 2013 to better and more positively express the entertainment area. The line-up for the four podiums will be announced next week.