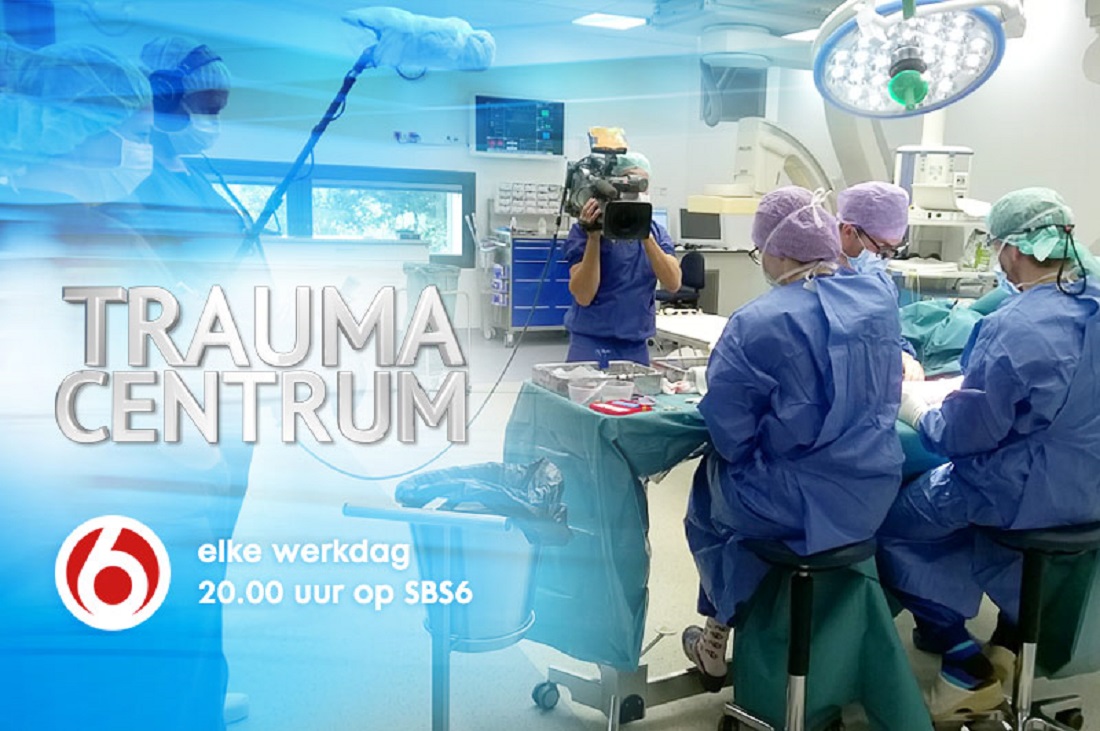 The Catharina hospital and its general practice post in Eindhoven will be featured in “Trauma Centrum” starting March 6, 2017.

The tv-programme, which airs on weekdays from 20:00, will be shown on SBS 6. During six weeks care givers and patients were being followed at different wards of the hospital and its general practice post in order to make the show.

There was being filmed, among others, in the Emergency Room, operating theatres, the new Catharina Heart- and Vascular centre and the Catharina Cancer Institute.

As well as in front, there was also filmed behind the scenes. The Catharina hospital wants, by taking part in this programme, show a transparent view of the daily high-quality care in the hospital. Therefore there wasn’t only filming on the acute wards, like the Emergency Room and Natal Ward. Also complex treatment, the so-called highly specialised care in Catharina Heart- and Vascular centre and the Catharina Cancer Institute were captured on film. The Catharina Hospital is an important reference centre for patients with heart- and vascular problems and for patients with cancer.

Also the GP’s that work during the evening, night, and weekend shifts at the post, part of General Practice post East Brabant, agreed to co-operation. The GP’s think it is important to allow a view into emergency GP care, through this the patient will know what to expect when he or she needs care. The first intake and possible follow-up are being shown.

While filming, the privacy of the patients, their families and friends and the care givers was paramount. Before the cameras would roll, patient and care givers were always asked if they were willing to co-operate with Trauma Centrum. All patients and care givers have consented with the recordings and airing thereof.

Trauma Centrum will air, starting Monday March 6, every weekday at 20:00 at SBS6.