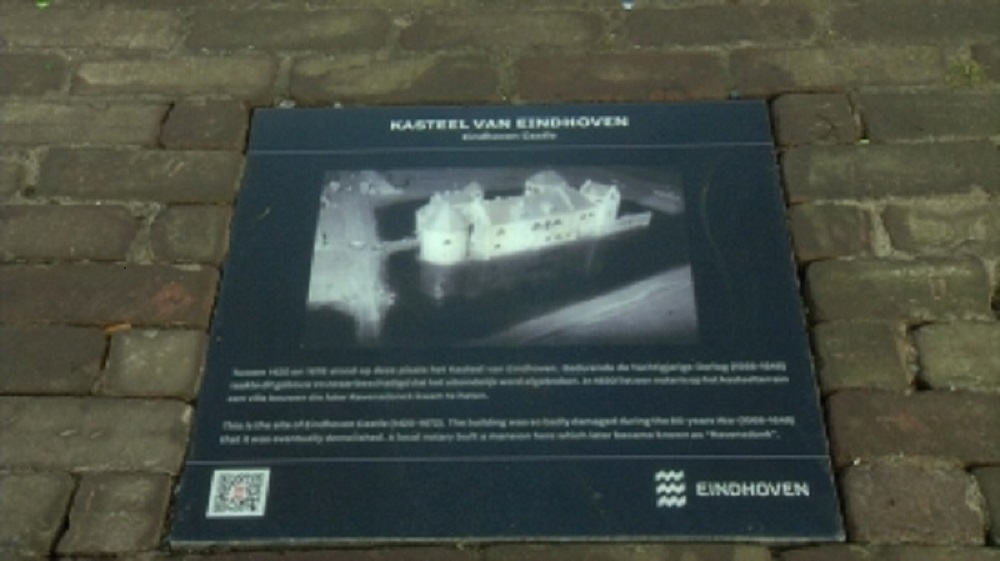 Eindhoven will get another ten tiles to revive the city’s history. Since the end of 2014, ten heritage tiles have been in place around the city centre which provide historical information about each place. The project will now be extended to other districts.

In the middle of the year the new tiles will be placed at the Woenselse Watermolen, the TU grounds, the Oude Luihuijs of Strijp on the Trudoplein, the Oude Sint Joris church, a farm at ‘t Hofke, and the Oude Toren in Woensel. The municipality is looking for a number of other locations for the remainder of the tiles, says city councillor Schreurs.

The tiles need to reveal and revive the city’s hidden heritage. Besides the tiles, the council would also like to erect signs which also refer to the city’s history because tiles are often unnoticed.