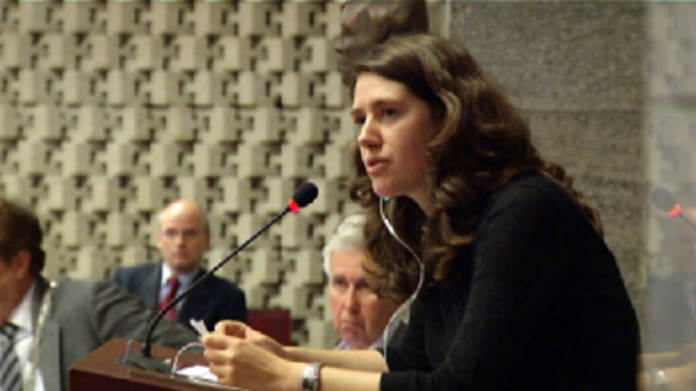 Eindhoven council member Jessica van Eijs may be heading for the Second Chamber. She is placed thirteenth at the moment, in an electable position on the list of candidates for the coming parliamentary elections.

That position means it is quite likely that she will enter the Second Chamber, since D66 has more than fifteen seats according to the polls.

Van Eijs wants to make work of the Brainport Region, in The Hague, and the importance of that innovative region for the national economy, She also wants to focus on sustainability.

Van Eijs studied architecture at the Eindhoven University of Technology. She joined the council in 2011, and was elected Political Talent of the Year in 2013. She subsequently became the chair of D66, political party.

The parliamentary elections will take place in March next year.