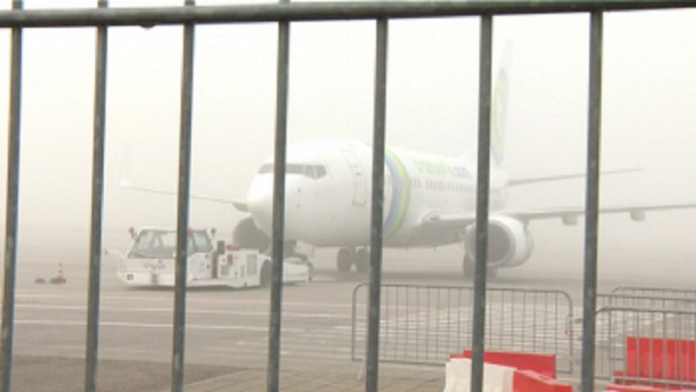 A number of aircraft could not take off or land this morning because of heavy fog.

Aircraft coming from the Romanian airport Cluj and from Italy’s Girona airport were diverted and will land at an alternative airport. A flight to Ibiza in Spain was also delayed.

The airport was also affected last Sunday when several aircraft were diverted because of the fog.