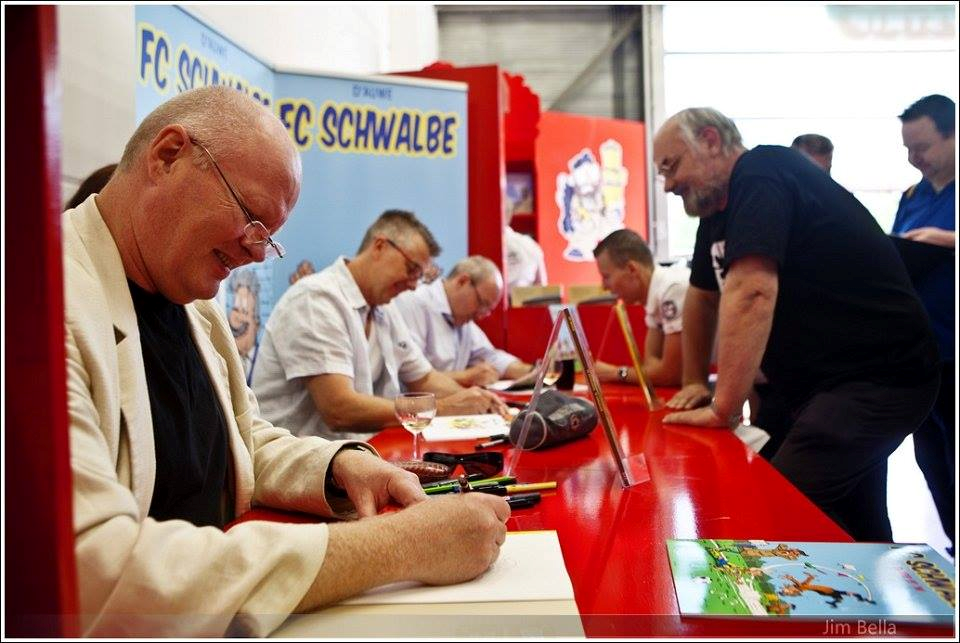 Comics publisher Strip2000 will open their doors this Wednesday on the 10th of August.

The owner Carolien van der Heiden wants to give the publisher more publicity. Far too few people realize that there is a comics publisher in the city, she said.

Van der Heijden continues the work of her deceased husband, Peter van der Heijden, who loved comics from day one. His hobby grew in 2011 into publishing. He was not able to enjoy this for very long. Last year September he was hit by a stroke, a few weeks after the birth of their son.

Carolien continues his work now. She had already moved into to the commercial side of their publishing business.

The publisher has 40 authors under its wing, such as Kenny Rubenis who created Dating for Geeks. On the open day a number of authors will be present, including Marcel Rouffa, who writes and draws realistic stories. Also present is Marq Broek Hoeven, known from Jodocus the Barbarian and the Peer Plinth Leprechaun. Marq’s is not only artist but also teacher at a primary school. Moreover Dirk van der Auwera will be there. He just released his first comic strip in 2000, FC Schwalbe. He is currently busy working on an album about PSV, which appears in November.