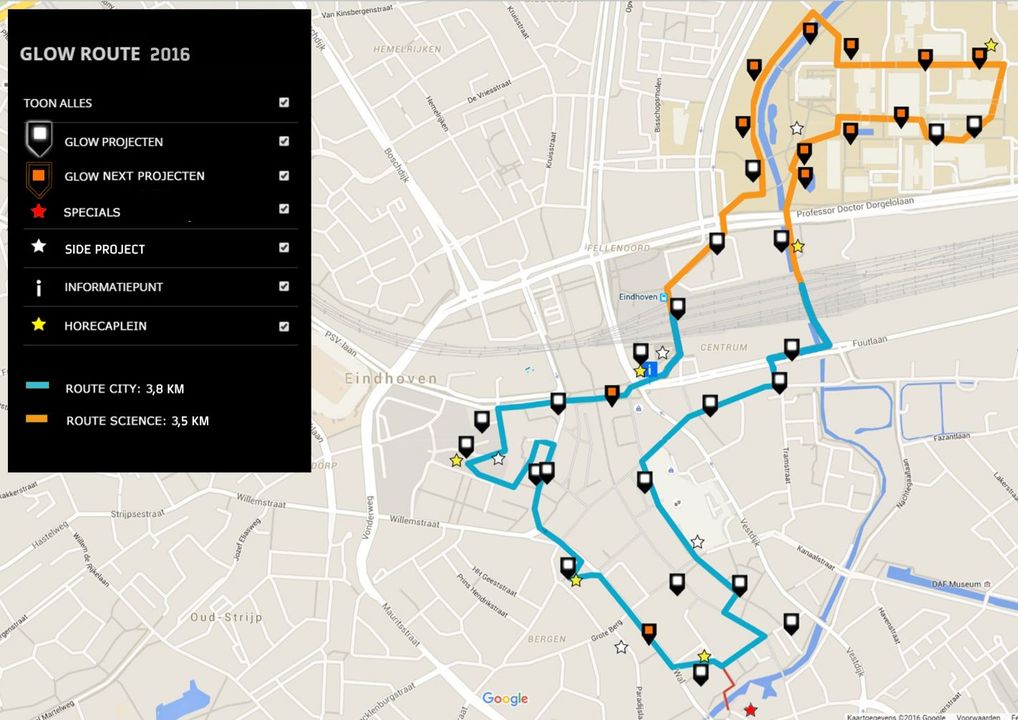 This year GLOW and GLOW Next will be merged into a single route. This will make a larger audience and provides better access to GLOW Next. Previously, GLOW Next was a separate exhibition at Strijp-S.

GLOW Next will show unique, innovative projects using new techniques made with light. All Art-projects have been made in Eindhoven.

The theme of GLOW 2016 is City & Science. This theme will be shown along the route which will include the TU/e area among others. The biggest part of GLOW Next will be exhibited at TU/e area.

The GLOW route will start and end at Eindhoven Brandstore (VVV) at Stationsplein close to Eindhoven Central Station. As of today you can find the complete route on the webpage. (Later in English as well).