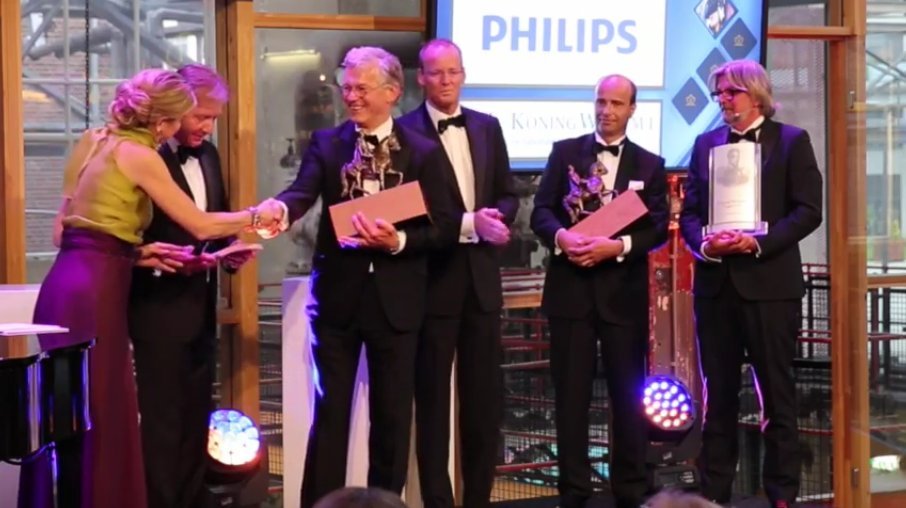 Philips has won the Koning Willem I Award. Queen Maxima handed out the award here in Eindhoven.

King Willem I Award is a business prize that is held once every two years and awarded to companies. Philips won in the catagory big business.

This award is also known as the Oscar of the Dutch business community. The jury praised Philips for their innovative qualities, and the courage it took to recently split the company into two branches.

Philips is pleased with the price. "It’s a fantastic recognition of what Philips stands for: innovation, perseverance, courage. We are a company that is always on the move. We are the greatest innovator of the Netherlands." says the company’s CEO, Frans van Houten, in the video above.

Other winners of the Koning Willem I Award were Tobroco Machines in the category SME (Small and Medium-sized Enterprises) and Koppert Cress BV received the plaque for sustainable entrepreneurship.