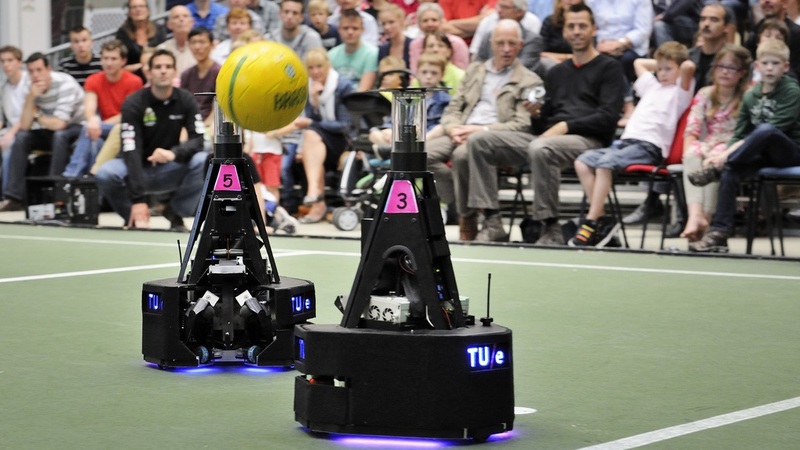 The Robot football players from Tech United have become European champion yesterday at home in Eindhoven. In the Evoluon the final was won against the Portuguese Cambada with 2-0.

2000 People saw the team of TU/e take the title in the European Robocup. During the break the score was 0-0, however after the break Tech United scored 2 goals. Earlier yesterday Tech United has proven to be stronger than team Falcons from Veldhoven, the team supported by ASML and beat them with 20-0.

Tech United has also beaten the Portuguese university team Cambada on Saturday where the score was 3-2. In the years 2012 and 2014 Tech United also became champion.

The care robot Amigo from TU/e has also won during the Robocup. This robot is the better housekeeper robot and beats current world champion Homer.