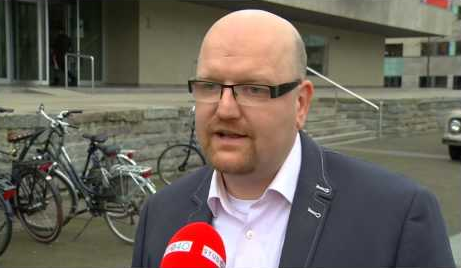 The LPF (Lijst Pim Fortuyn) political party in Eindhoven, does not want that the ‘Commissaris van de Koning’ (Commissioner of the king), Wim van de Donk, will force municipalities in Brabant to house additional refugees.

According to the parliamentary party, enough is enough. Members of the LPF sent a public letter, which included an urgent appeal to van de Donk, requesting that he retracts his earlier statements on the subject.

At the end of March, he advised that the municipalities of Brabant are not complying with the national task assignments of providing accommodations for refugees. He stated that the municipalities should take in more refugees. This is unacceptable to the LPF political party. They state that contrary to van de Donk’s statements, there is absolutely no support for taking in extra refugees.

The arrival of thousands of refugees in the province, has caused a lot of unrest and tensions. ‘Forcing municipalities in the province to absorb even more refugees, is like adding oil to an existing fire. This will not contribute to a relaxed atmosphere in our province, nor will it assist in the people’s trust in local politics.’ This information appeared in the public letter.

The new refugees plan states that Eindhoven should absorb an additional 400 refugees.

The king’s commissioner should give a clear signal to the current cabinet (Rutte II), that the limit has been reached regarding taking in refugees, rather than imposing obligations on the municipalities of Brabant.

The LPF was present, yesterday, in the Provincial House, during the talks about additional refugee absorption.