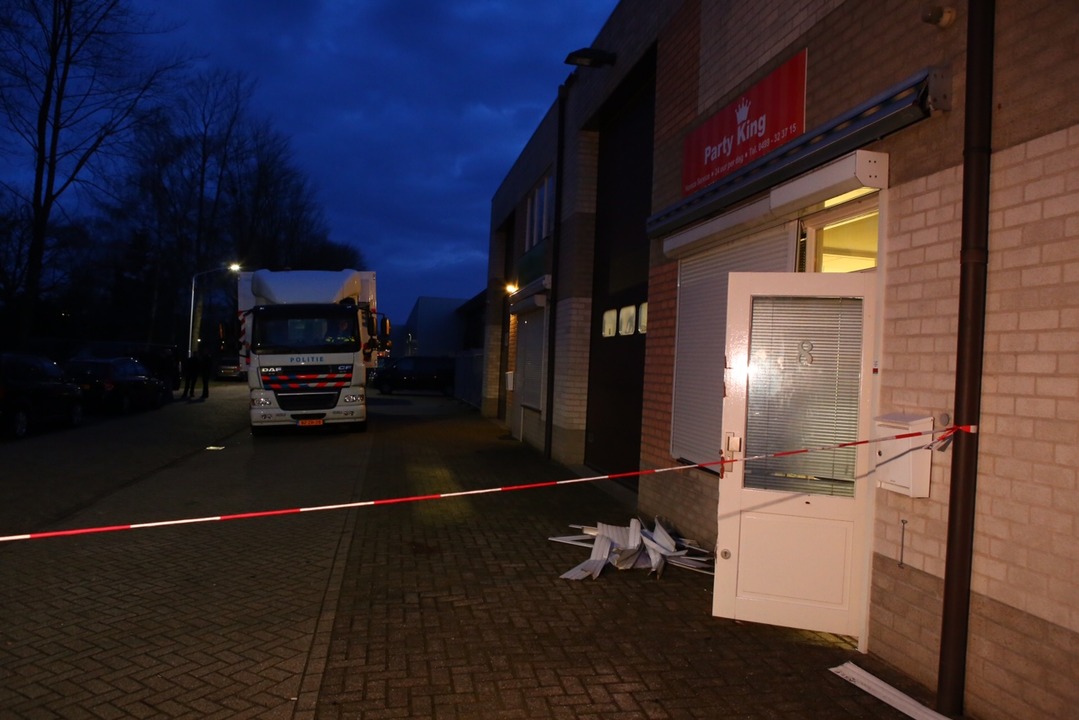 The raid is the result of a large-scale investigation into a meeting place for criminals in Best. Under the guise of a rental company for party articles, dozens of suspects met to make agreements about the production of synthetic drugs.

Police tapped the premises and had it under surveillance. That provided so much information, that fifty smaller related investigations were started.

This morning, all fifty investigations culminated in the raid. A total of 1500 police officers and staff of the Public Prosecutor’s office were involved.