Home NEWS “Atmosophere warm” in city as Koningsdag wraps up 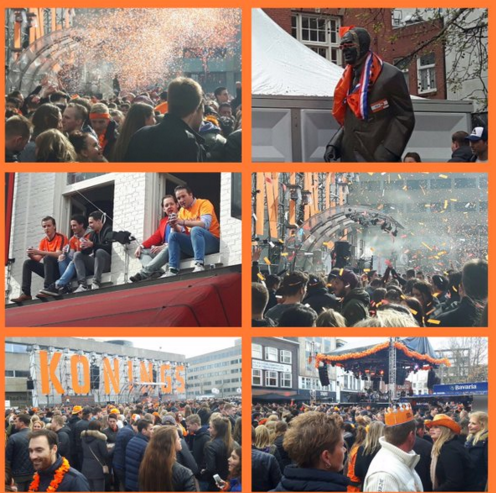 The atmosphere in Eindhoven’s city centre was still warm as Koningsdag drew to a close, according to a Twitter post from the city council.

After a fairly quiet morning, crowds gathered as celebrations got underway at the Stadhuisplein, the Beursgebouw, and Stratumseind.

Eighteen guides and two information points were available in the city, while a drug information bus from Novadic-Kenton parked opposite the Bijenkorf department store.

Despite the efforts of police and council officials to prevent any incidents during today’s festivities, several mobile phone thefts were reported.