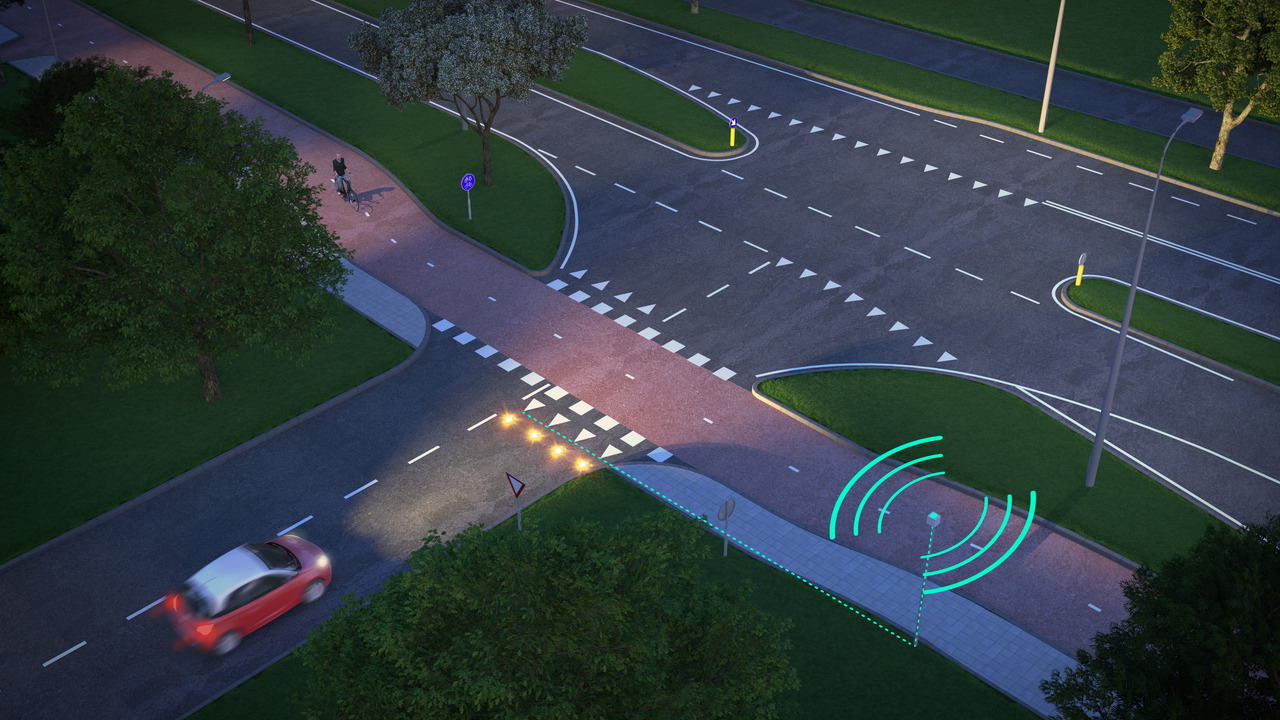 From tonight blinking LED lights can bee seen on the roundabout at the Meerenakkerweg in Eindhoven. The lights warn motorists about cyclists, and should ensure a reduction of the number of accidents at the roundabout.

The innovative LED’s light when a cyclist is approaching. Depending on the distance and the speed at which the cyclist approaches the roundabout, the lights on the road light up. This way motorists are less surprised and the number of accidents should decrease significantly.

It is the first intersection in the Netherlands where the so-called Bike Scout is applied. The project is an initiative of the municipality, together with, among others, residents, the police and the Cycling federation. Tonight the innovative roundabout is put into service.

To measure the effect of the Bike Scout, two cameras were installed last month. They screen the traffic on the roundabout. After six weeks the project will be evaluated.

Accidents often happen on the roundabout at the Meerenakkerweg. Last month a cyclist was hit by a motorist. The man was slightly injured.