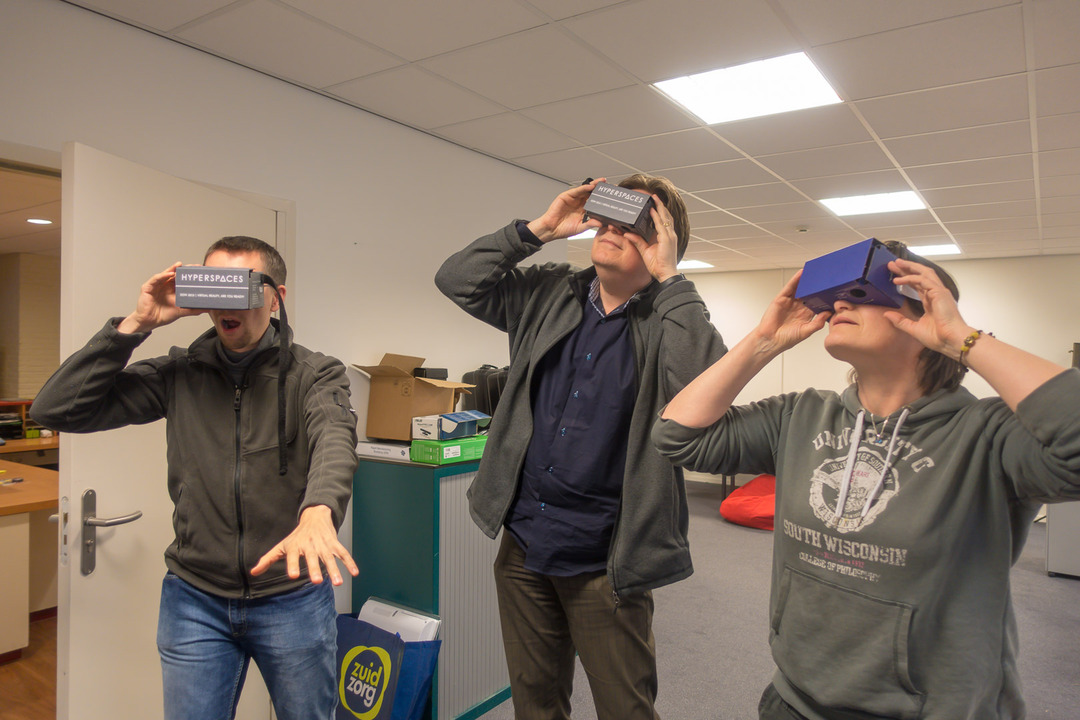 It was an important day for Ideeënlab, as it launched the very first edition of the "Ideeënlab Fridays Makeathon" (IFM). Ideeënlab is a workshop where everyone can come and try using new technologies such as virtual reality, 3D printing, electronic prototyping, web apps design, etc. Although visiting the lab is possible on Thursdays evening, the true learning occurs during free workshop events open to the public (makeathons).

A Friday Makeathon starts at 10:00 and finishes at 17:00. The challenge to overcome is known in advance and the participants gather to build together a concrete solution.

During this first IFM, the challenge was proposed by Frederike, founder of Interu_psy. Interu_psy is a foundation whose goal is to raise awareness and understanding of what epilepsy is, and how it feels to live with it. For that, they developed a Virtual Reality game, where the player can experience in an artificial virtual world what a crisis of epilepsy feels like.

On Friday, we wanted to go one step further by immersing the player in a more realistic world, based on 360° footages with sound. We started by making a plan of all actions that needed to be done. Then everyone chose which actions he/she would work on. This involved making the footage, editing the video and the audio, adding some audio visual effects, and combining the results into an app which can be installed on a smartphone and played via "google cardboard" goggles.

"It was really exciting to learn so much from each other and the time flew in a blink," said one of the participants. But finally, at 17:15, there was a fully working prototype. A 30-seconds audio-visual experience that makes you feel what epilepsy can be like. Frederike was very happy with the result, which will be publicly presented next week.

Here you can find more on the Ideeënlab.