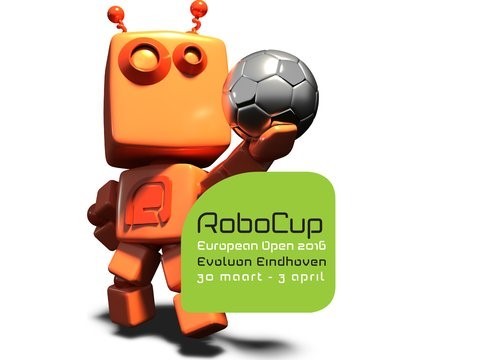 The venue for this year’s RoboCup European Open, a tournament for autonomous robots, is the Evoluon in Eindhoven. The event takes place from 30 March till 3 April.

Eye-catchers include the soccer-playing robots, service and music robots along with all kinds of workshops and demonstrations with robots, for young and old. TU/e is organizing the event, which is free of charge to visitors.

Robot soccer is being played in different leagues at the tournament. In the Small Size League teams of small robots on wheels play each other using a golf ball. Each team has a single central computer that controls all the robots. In the Middle Size League mobile eighty centimeter-high robots play with a real soccer ball. Each robot player in this category thinks and plays autonomously, communicating with teammates.

The TU/e team that is taking part in the tournament has already two world championships to its name in this category. Furthermore, there is the Standard Platform League, in which all teams have exactly the same robots, so it’s the programming that makes the difference. Here, too, the robots make decisions autonomously and communicate with each other, just as in a real soccer team.