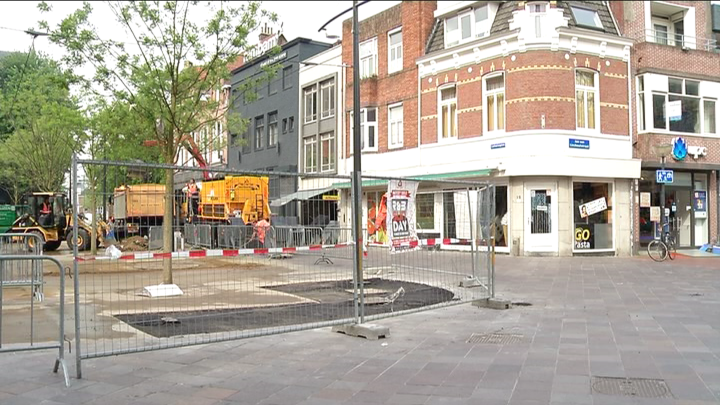 The Municipal Executive Council of Eindhoven should radically change direction regarding the refurbishment of Catharinaplein and not stick to the original plan.

According to the LPF, sticking to the original plan only causes more problems, and the costs continue to rise. According to the political party, the refurbishment of the square near Dynamo has already cost more than 2 million Euros, where it could have been carried out for a mere two hundred thousand.

There are either problems with the various tree varieties which have been planted and failed or there is a problem with the drainage of the square. LPF chairman Reker writes in a letter to the Executive Council that the square still looks disgraceful.

True, the costs of the last refurbishment work are being paid by the contractor, but it means that the work is again being postponed, and that is ‘unworthy of Eindhoven’.

If the Council had used the same paving as they used on Strijp S, that would not only fit well with the old Catharinakerk and the modern new buildings, but the problems of gravel and underlay would also be solved. The problems surrounding the refurbishment of Catharinaplein was the subject of the television programme ‘Kannie waar zijn;.