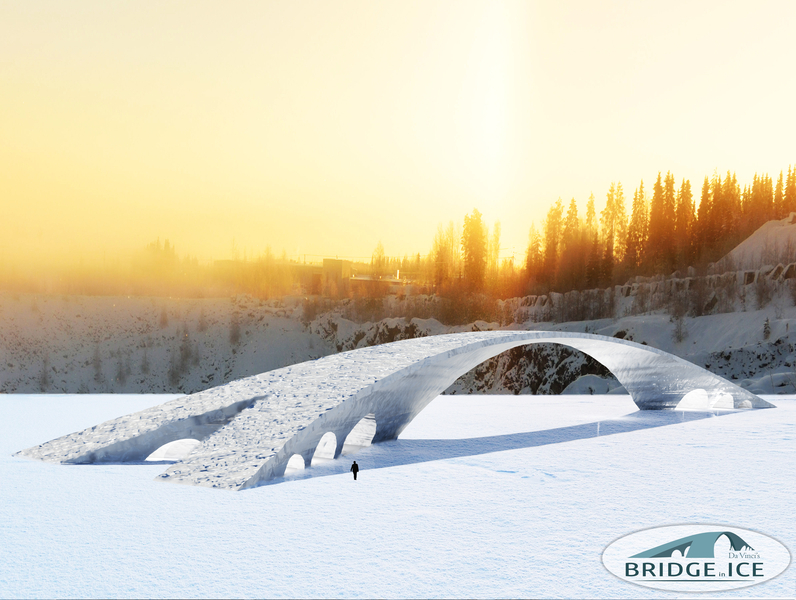 The construction of the enormous bridge made out of ice in Finland has been delayed by three weeks. The project by the TU/e students will take longer than anticipated because the temperatures in the Finish Juuska are too high, according to university magazine Cursor.

It is freezing in Finland, but only a few degrees below freezing point, and the coming weekend the temperature is forecast to even rise to around freezing point. The consequences are that the ice takes longer to freeze solidly and that the students cannot apply a new layer as often as in more suitable much colder temperatures.

Unfortunately, the students experienced another setback: A large balloon, over which the layers of ice are sprayed to form the ice bridge, got a puncture. They were able to fix the puncture very quickly.

Despite the setbacks, the project leaders in Finland remain hopeful: After the weekend it is forecast that temperatures will lower significantly below freezing point so that the project can be completed. The planned party on 13 February will still take place, even though in all likelihood the ice bridge will not be completed at that point.