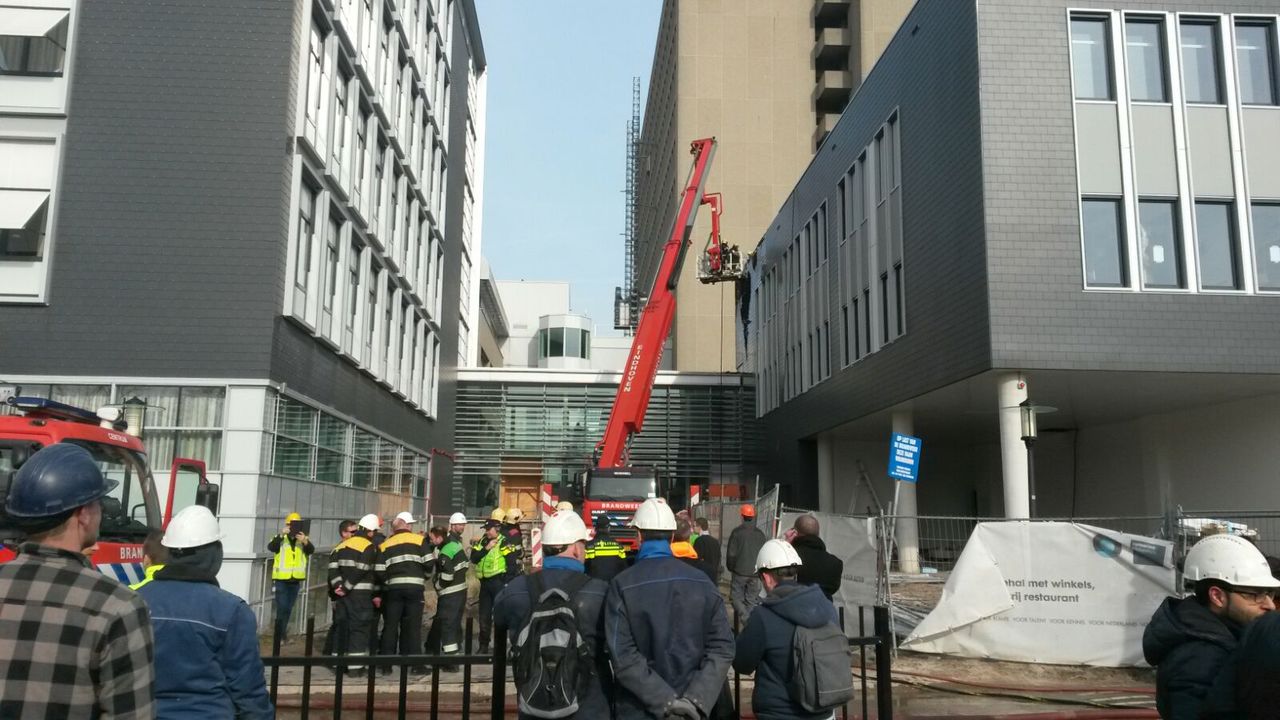 A spokesman for the fire brigade said the fire probably originated on the ground floor. Everyone working there, went outside. The hospital meanwhile continued its activities. There are no known injuries.

The fire was scaled up to ‘big fire’, four fire trucks of the fire brigade went on site, including a platform. According to a witness there is much stench in the area.