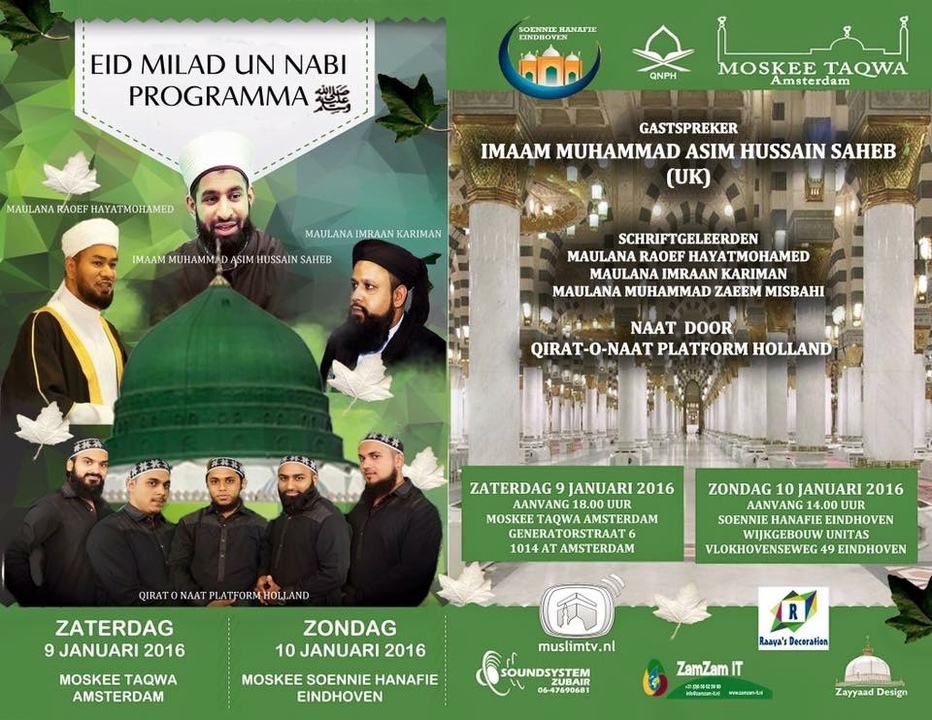 The LPF wants to prohibit an imminent visit of two hate preaching sheikhs in Eindhoven. The LPF party is asking the Council to urgently act on this request as the arrival of the Sheikhs are planned for coming Sunday.

Pakistani M. Anas Noorani Siddiqui, is going to visit the Anwar-E-Madina mosque at Kastelenplein. Also Mohd. Imraan Kariman is coming to Eindhoven. He is supposed to speak in municipal house Unitas at Vlokhovenseweg.

M. Anas Noorani Siddiqui preaches the death penalty for people who ridicule the Prophet. According to the LPF, he is an Osama-fan and appreciator of 9/11 – activities.

In an urgent request to the City Council, LPF party is asking the Mayor’s office if they know about the arrival of the two sheikhs and whether it can be banned. The party also wonders if it is not too dangerous to have the two sheikhs who earlier stood facing each other in a court room.

Previously, LPF did prevent the arrival of other hate preaching sheikhs before.