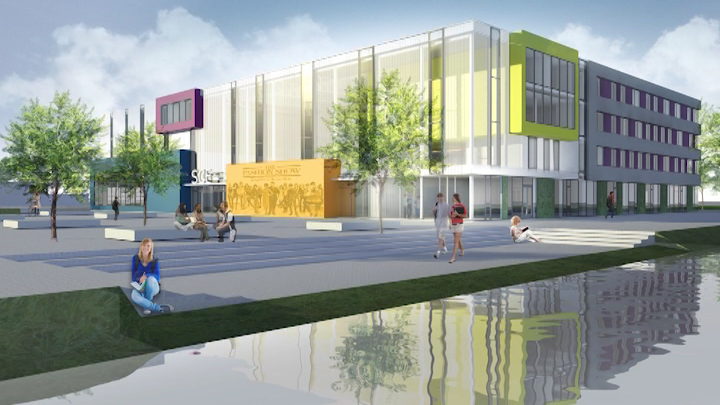 Two men, who have been squatting in the vacant Stedelijk College since August, have been given a users contract by Eindhoven Municipal Council.

This legalises the squat. Bram Heijl, 25, lives there at present with his dog, and Remy, a friend. They have been given permission to continue living there until rebuilding begins for the De Rungraaf and Korenaer schools, according to the Eindhovens Dagblad

The school premises have been vacant since 2014, when the Stedelijk College moved to Oude Bossche Baan. When they saw that nothing was being done with the building, Bram and Remy decided to squat there. The Municipal Council paid them a visit, and was enthusiastic, and now plans to draw up a users’ contract. This means that they can live there free, paying only energy costs.
Demolition and construction work is due to begin in 2017. The men can probably remain living there till that time.