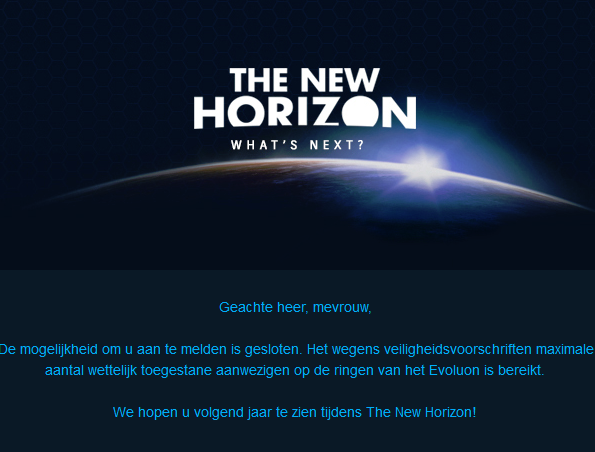 For the New Year’s reception of Brainport, ‘The New Horizon’, which is taking place today, 1200 people have signed up. That means all the places are filled up. About 150 people had to be disappointed, says a spokeswoman for Brainport.

It is the third time Brainport is organizing the New Year reception along with other parties. The first two times there were about 1000 people attending.

As there is so much interest in this Brainport event, Brainport is looking for expanding the location. The four rings of the Evoluon are no longer sufficient. Possibly the dome will also be included next year.

The speeches at The New Horizon were held by people who have earned their places in business, education and politics. Last year, for example, Minister of Foreign Affairs, Frans Timmermans at that time, gave a speech.

The theme this year was "What’s Next".