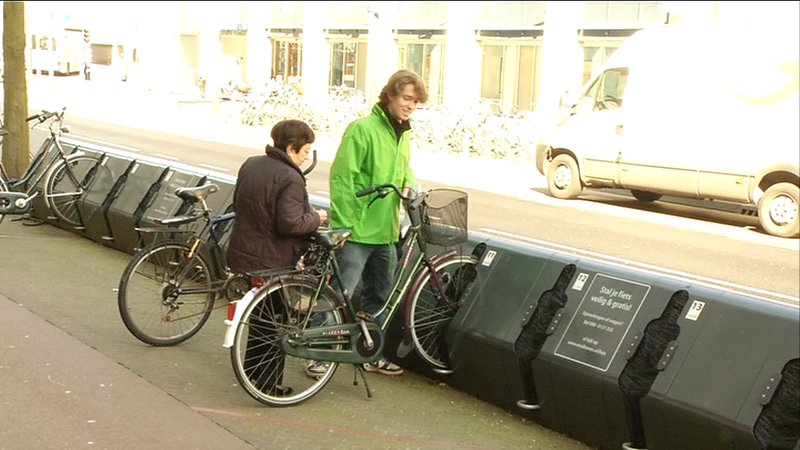 Presently, much fewer bicycle thefts are taking place at Woensel shopping centre. According to the Eindhoven Municipality, the large decrease in bicycle thefts amounts to 56 percent.

The number of thefts during the months July to October this year, was compared with the number of thefts last year. Last year there were 70 bicycle thefts and this year 31. This year, at the beginning of July, there were special campaign days held in the shopping centre, which were organised by the entrepreneurs, the police and the municipality. It seems that those action days were fruitful.

The motto was ‘Give thieves no chance’ and the visitors in the shopping centre were informed by the police and the shopping centre personnel as to steps they could take to prevent theft. Furthermore, the employees were often involved in city surveillance in Woensel Shopping Centre.

Visitors at the shopping centre were handed pamphlets and saddle covers by the city surveillance employees. Furthermore, they were able to have a special code engraved on their bicycle via the Stop Theft App. Approximately 130 bicycles were engraved with the special code.