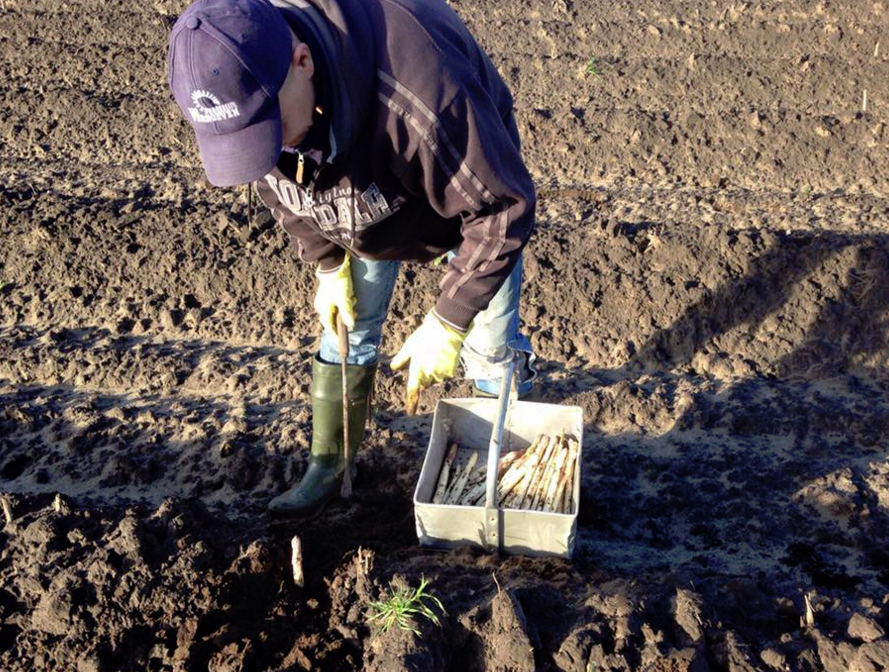 The asparagus season normally begins in March or April, but the vegetable is making a very early showing in Mierlo, where asparagus is already appearing above the ground.

The asparagus grower D’n Aspergehof Huijbers today posted photos and a message on Facebook about the sudden appearance. They will start selling the vegetable on Tuesday.

The reason for the remarkable early appearance of the asparagus is the spring-like temperatures. Spring is the normal growing season for asparagus.

Huijbers is not the first grower to see asparagus flourishing already. Asparagus was being harvested last week in Etten-Leur.