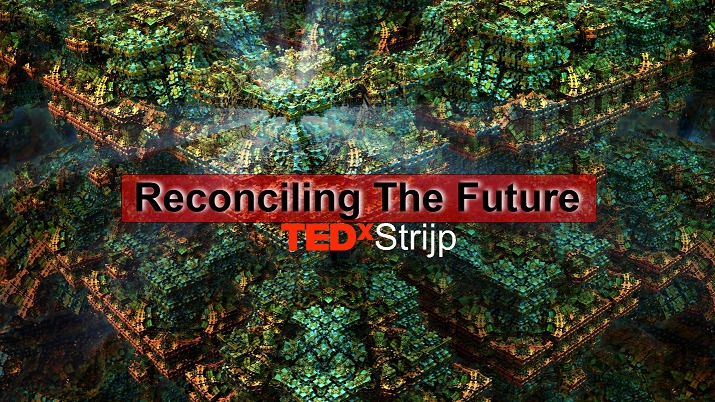 Anyone who has ever sat in a TEDx event, of which there are many scattered across the world, will tell you that the most wonderful thing about it is your exposure to completely new ideas that you would otherwise never experience. It does sometimes feel like we are tending towards a single specialty, a single walk of life, a single journey and around that journey we build a little world exclusive to ourselves. TEDx shatters that, momentarily, by presenting such a wide and mixed range of talks. You can be assured that everyone on the stage is incredibly passionate about their idea. So much so that, even if you cannot personally relate with what they are saying, you will still be seized by the intensity and the openness of their appeal.

Some months ago we setup a team here in Eindhoven dedicated to one mission: to spread ideas that are worth spreading. In pursuing this aim we applied for a license with the TED foundation to host our very own TED-like event here in Eindhoven: TEDxStrijp. It was approved, and so we set our minds to find a way to break through the walls that divide us, from everyone else. That is to say, we wanted to find and capture the ideas bubbling up within, and beyond, the Eindhoven community.

On that note, we set to work. Creating a team, a plan, a theme and an online presence on Facebook and YouTube. We even managed to slip into the Maker’s Fair, waltz into Seats2Meet, stride right on into the HUB and now we are on Eindhoven News.

From these experiences, I’ve come to believe that everyone has an idea worth spreading. What all that organizational work came down to, what made TEDxStrijp possible, is that the mere prospect of being able to share your innermost ideas is incredibly tantalizing …
Everything else follows from that enthusiasm.

Our journey, fortunately, is not over quite yet. I speak to you now, today (or perhaps a great time later, in which case hello person from the future). Wherever and whenever you are, I can tell you that we will shortly be rounding off speaker applications and, by the end of December, confirming our selection. From there it is a matter of projecting the voices of our speakers as widely and as broadly as we can, by reaching out and giving people the chance to tune in. Already I can say that is has been a wonderful journey, one that has been filled with strange new encounters, a delightful team to work with and a wonderful city to connect to. So I beseech to you, help us reconcile the future, here, at TEDxStrijp.

TEDxStrijp is coming to Eindhoven on Sunday, the 21st of February 2016 in the former Constant Rebecque Kazerene in the district of Strijp-Groen. It will feature a wide range of speakers, who will speak in front of a one-hundred member audience, made up by members of the public, as well as a livestream service and film-making team to permanently capture the talks.

TEDxStrijp is organized by a multicultural core team composed of six students at the International School of Eindhoven, it also has a strong peripheral presence of technicians, designers, coaches and more.