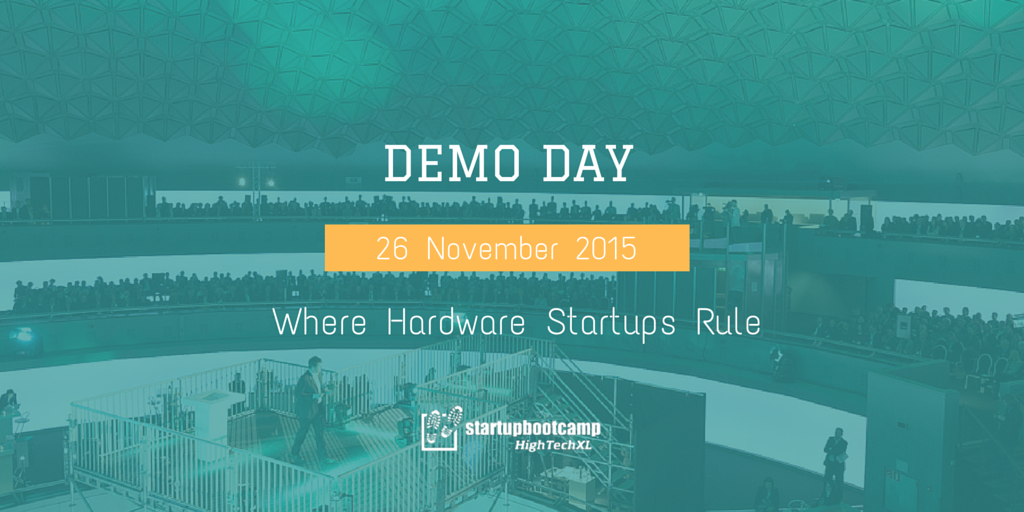 The event had an element of gamification that initiated audience participation. The audience were given a virtual wallet of 1 million Euros and could invest a maximum of 100.000 Euros in each startup.

The startups that pitched their startup ideas in this edition were: Pel 3o and byFlow about 3D printing, Accerion, Cookee, Dash Tag and Sensoraide about diverse applications of Sensor Technology and Internet of Things, Sealeau about desalination and creating a circular water economy, Brite about energy-efficient greenhouses and Gotoky about off-grid communication.

In his speech, Guus Frericks, co-founder and managing director Startupbootcamp HighTech XL highlighted the significance of a strong hardware infrastructure. He mentioned that Eindhoven has the skill, the ecosystem and a strong platform; all the requisites to be the Hardware Capital of the world.