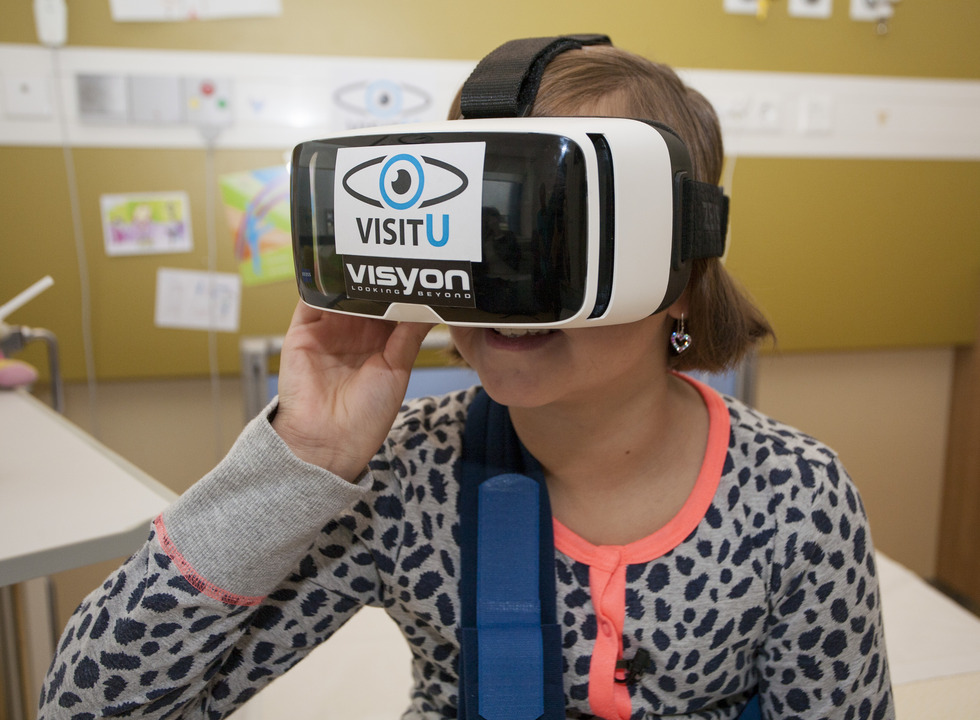 A world premiere at Máxima Medical Centre thanks to physician-researcher Stefan van Rooijen. With the introduction of special glasses, patients in the pediatric ward have the illusion to be at home in their familiar surroundings again.

A live feed and special glasses allow them to view 180 degrees of their family home and talk with their family and friends. This new technology makes a hospital admission much more pleasant for children, thus promoting their recovery.

The innovative concept, called VisitU, will be launched mid-November at the pediatric ward of MMC Veldhoven. If it proves successful, it will be introduced in other hospital wards as well. VisitU has been developed by MMC’s physician-researcher Stefan van Rooijen, supported by a department of the Radboud university medical centre in Nijmegen.

VisitU makes hospitalized children forget that they are ill for a while. At any time of the day, they can have virtual contact with, for instance, home or school from the hospital.

MMC pediatrician Bas Zegers has tested the innovative glasses and is convinced that they will have a beneficial effect on children’s physical recovery.