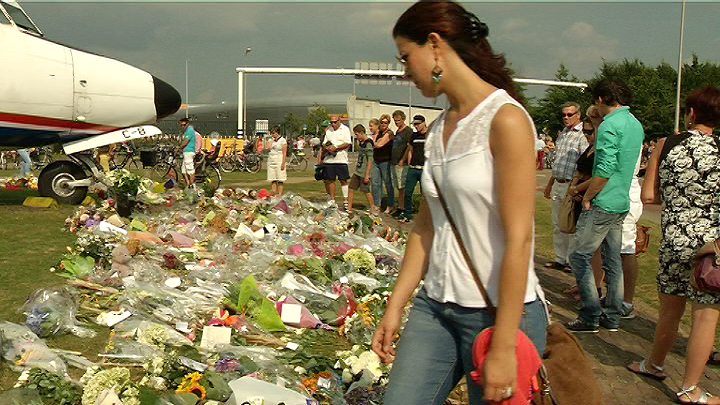 Eindhoven has not been chosen as the location for a national monument to commemorate the victims of downed flight MH17. Instead, there will be a memorial in the vicinity of Schiphol Airport.

Several locations had been suggested as suitable places for the monument. Eindhoven, the city where all the victims returned from the disaster area, was one of them. As were Schiphol, where all the victims boarded the plane, and The Hague, as the city of peace and justice. The victims’ next of kin were asked to vote for the best location.

A majority preferred a location near Schiphol. A forest is to be planted in a park in Vijfhuizen, the organisation representing victims’ families announced yesterday. The national memorial will comprise 298 trees, one for each of the victims of the ill-fated flight. The trees will form a giant green ribbon, a symbol worn by the relatives to commemorate the disaster, with an amphitheatre at the centre.

The memorial will be unveiled on 17 July 2017, exactly three years after the disaster took place.