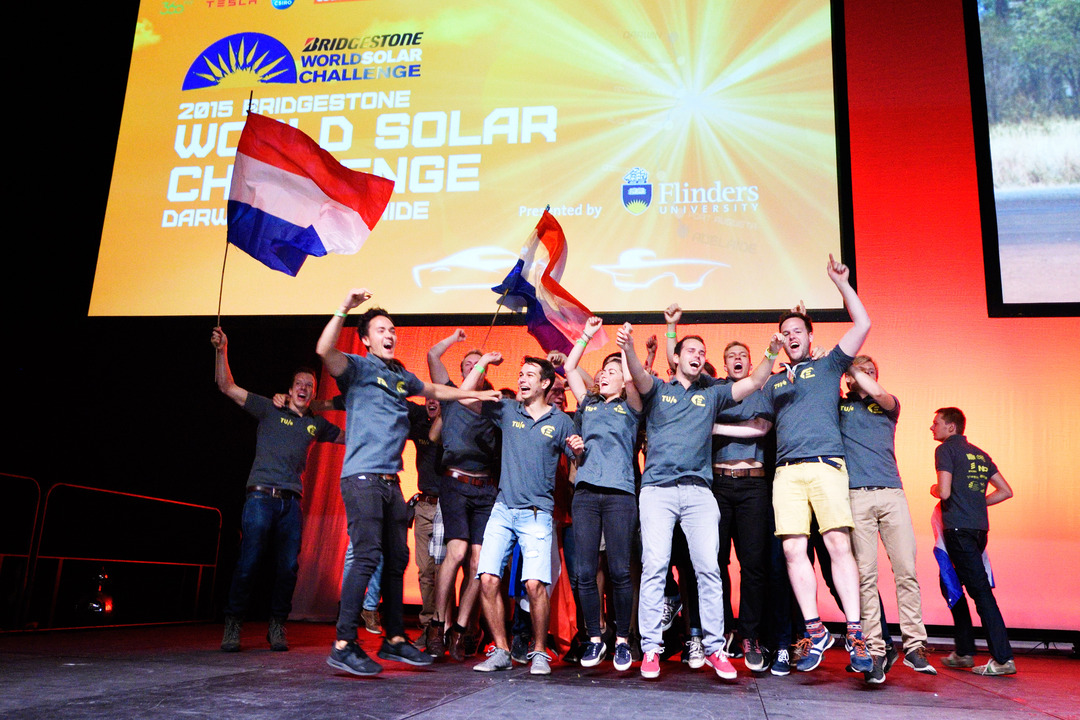 The Solar Team from the Eindhoven University of Technology once again won the World Solar Challenge in Australia on Sunday.

De World Solar Challenge is a race for solar-powered cars. The forerunner of the Stella Lux, the Stella, won the race in 2013 too.

The car travelled 3,000 kilometres with two people, at an average speed of 76 kilometres per hour. ‘The crowning glory of our work,’ says Tom Selten, this year’s team manager.

It is the first time that a solar-powered car has travelled the entire three thousand kilometres of the World Solar Challenge with two people. It was permitted to charge the car once after 1,500 kilometres.

The official ceremony can be seen live via a stream and starts at 11:30 CET.