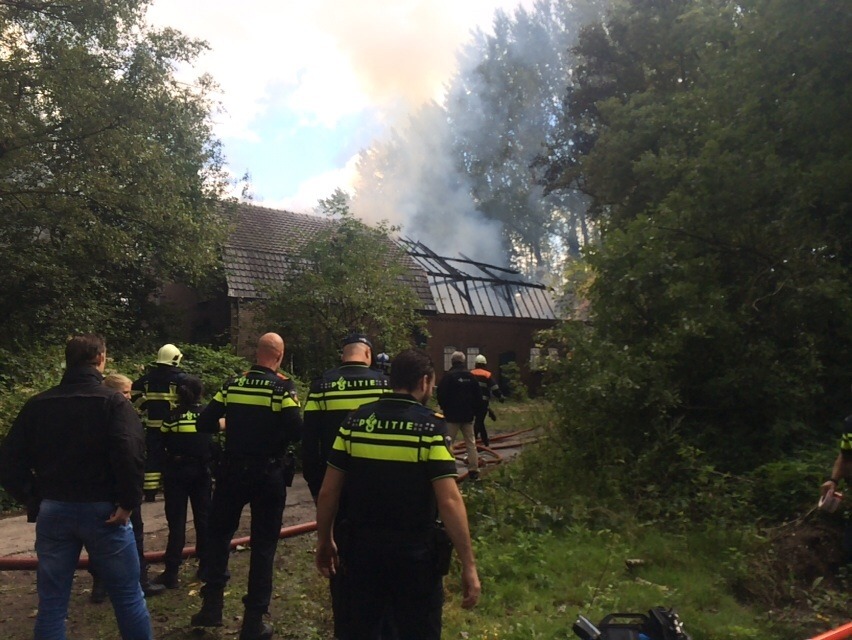 A huge fire broke out at industrial estate Ekkersrijt this afternoon. A drug lab was found on the premises. Three people have been taken into custody.

Somewhat later, the police announced on Twitter that three people had been arrested. The fire brigade has extinguished the fire and the police are still investigating. Remnants of a drug lab have indeed been found.

There were rumours that shots had been fired by police officers, but the police denies this.