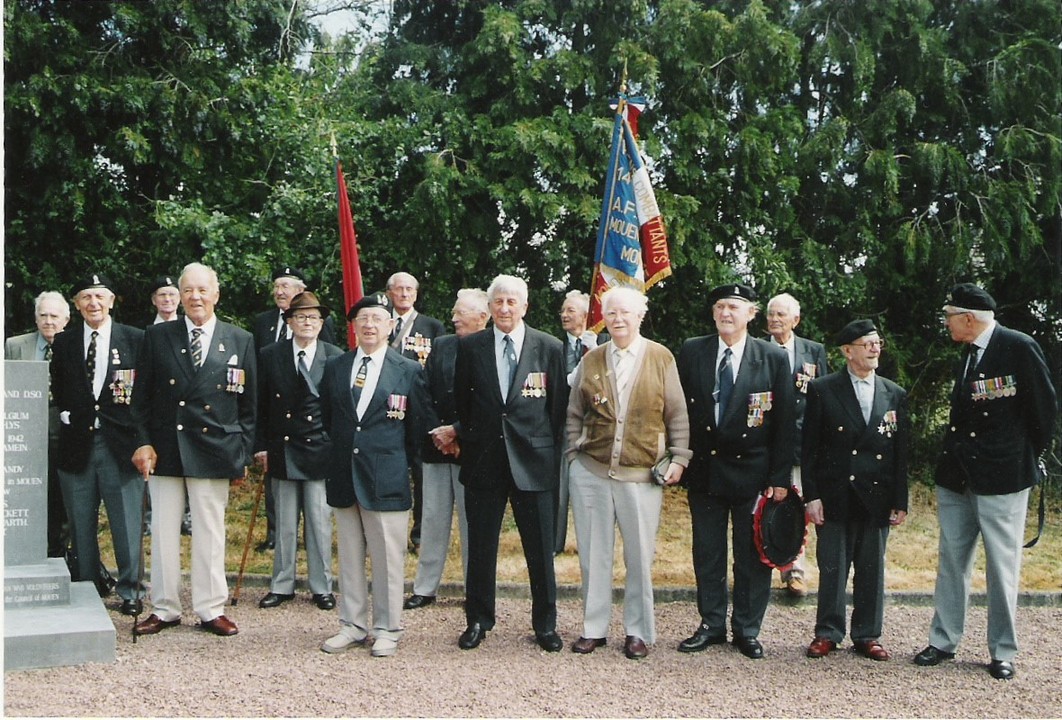 Last year we were contacted by Dorothy Ramser daughter of Sgt M. I. Dickson. We published the true story she wrote about the experiences of her dad, one of the three British gunners during the battle for Veghel, also known as ‘Operation Market Garden’.

In the year following, she was researching her Uncle Fred’s regiment 23rd Hussars RAC. While doing so she got to know a 92-year-old veteran called Will F. Gray who served in the same Squadron in the regiment as her Uncle. Will wrote a story of a true event that happened to him and the regiment just outside of Eindhoven.

Today the fourth and last part.

I could hear the Commander shouting, he must have been wounded. I stood up, there was a whine of a shot that hit the soil in front of him. It must have just missed his head by an inch. "That was a near one!" I said with a shudder. God must have been with me as I ducked down, and made a dash across the road where I found the Commander lying in the dyke. He was bleeding from his face and eyes. He had been blinded.
I was pleased to see little Joe who was there with his revolver at the ready. I had unfortunately left mine in the burning tank so took the Commander’s and told him to follow and Joe would keep him in line.

The other tanks were about two hundred yards away and the artillery was pounding the crossroads with one hell of a stonk with high explosive shells. l was too busy to worry about that as I was promising myself I was going to survive. I was crawling along the dyke to get rid of a German who was in the way but he didn’t wait for me; he legged it across the open field with a hail of gunfire after him. I never fancied his prospect of living with the amount of gun fire I imposed on him. I wonder?

The Sergeant I dragged along the dyke with the help of Joe until he was taken off my hands by the medics and was never to see any more battle experience. I never saw him again until many years later at one of the re-unions when he expressed his thanks for looking after him. Two of my crew were missing and I blagged a hand grenade off one of the infantry men and set out to look for them.

I crawled down the dyke and I was surprised to see Ken and Tom walking up the middle of the road. They were slightly bomb happy but weren’t we all.

Even after that near fatal ‘Bale Out’ I with Joe, Ken and Tom spent a couple of days being examined by the doctor who declared us fit and the Squadron Leader promptly fitted me up with another tank, a new Commander and I was transferred to another troop.

The war had to go on. I never did get to Arnhem. The road was so treacherous and well covered with anti-tank guns causing the regiment to have a bad day and lose another ten tanks. Well that’s war, one never knew when it was one’s turn to die.

In the picture: Will Gray is holding the poppy wreath at the regiments reunion on Armistice Day.