Home NEWS Woman skids with car and ends up in ‘Berenkuil’ 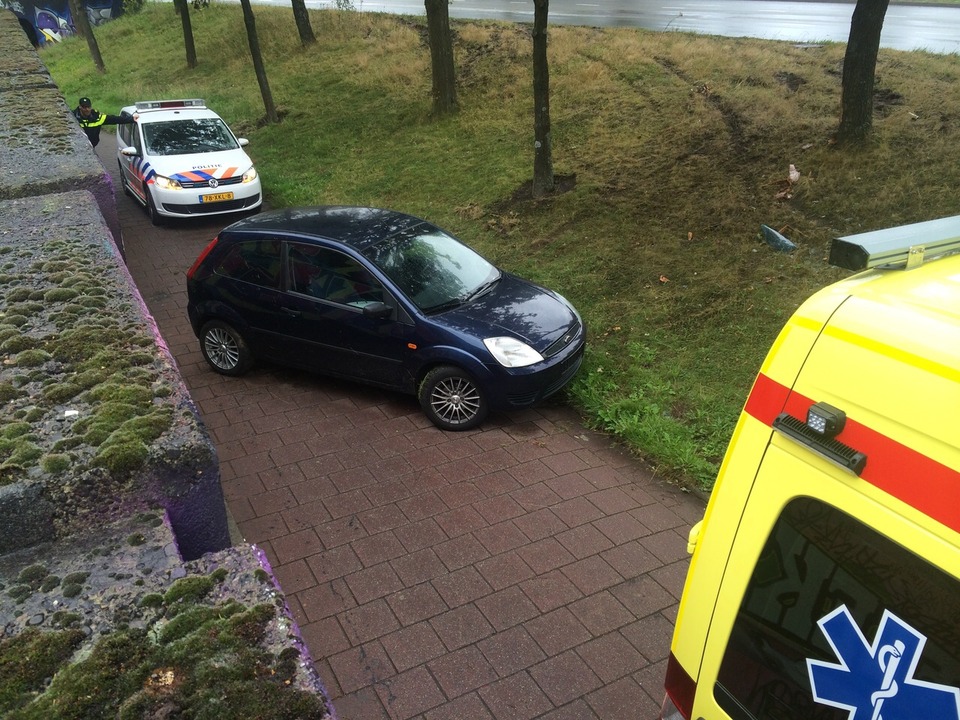 A woman landed in the Berenkuil with her car, after losing control due to a skid, yesterday.

The woman drove on the Eisenhowerlaan and wanted to turn right to the Insulindelaan. suddenly, her vehicle, due to the wet road, started to skid. The car went through trees, landed on the bicycle path and was stopped by a tree.

The woman driver was checked by the ambulance personnel at the scene. She was extremely lucky, not to have been injured.

Several more accidents occurred at that same crossing, a few years ago. Several cars had also landed on a ramp below. Due to the discussions at that time, alderman Helms took care of placing a crash barrier at the spot.