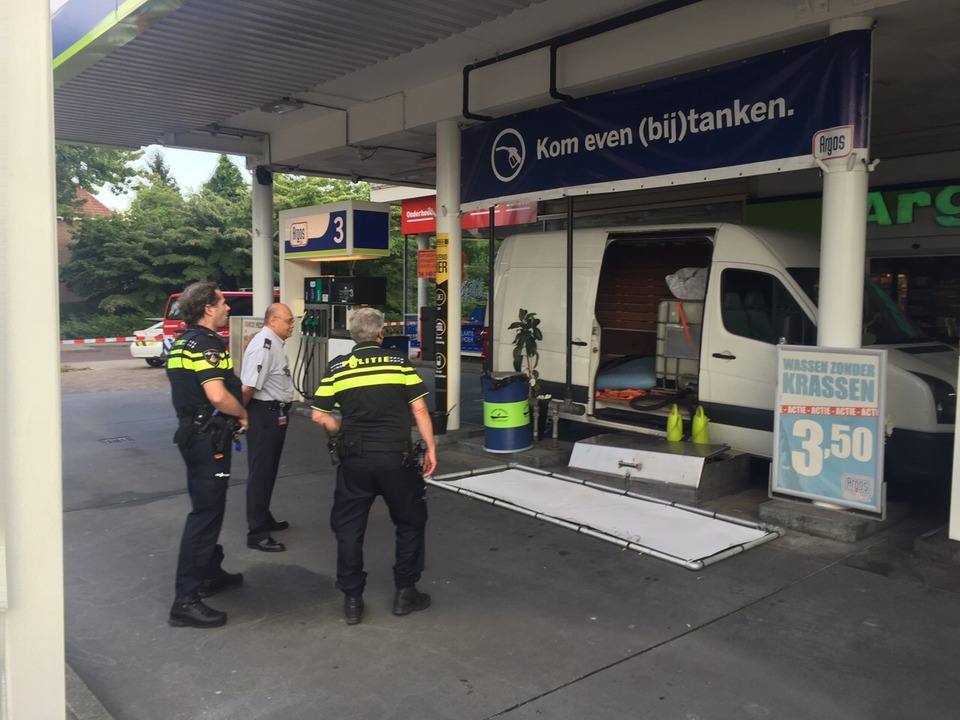 Police have caught two men illegally refilling a storage tank of petrol station Argos in Geldrop. Whether the gas came from abroad or is stolen, is still under investigation.

The men were caught red-handed yesterday when they were filling up the fuel tank. These men are an 18-year-old resident from Geldrop and a 30-year-old man with no permanent residence. The van, in which they were carrying the illegal fuel, was seized.

Both suspects are now at large. Customs will further investigate on the case.

Residents of the area and employees of the gas station, already suspected yesterday, it concerned stolen fuel.