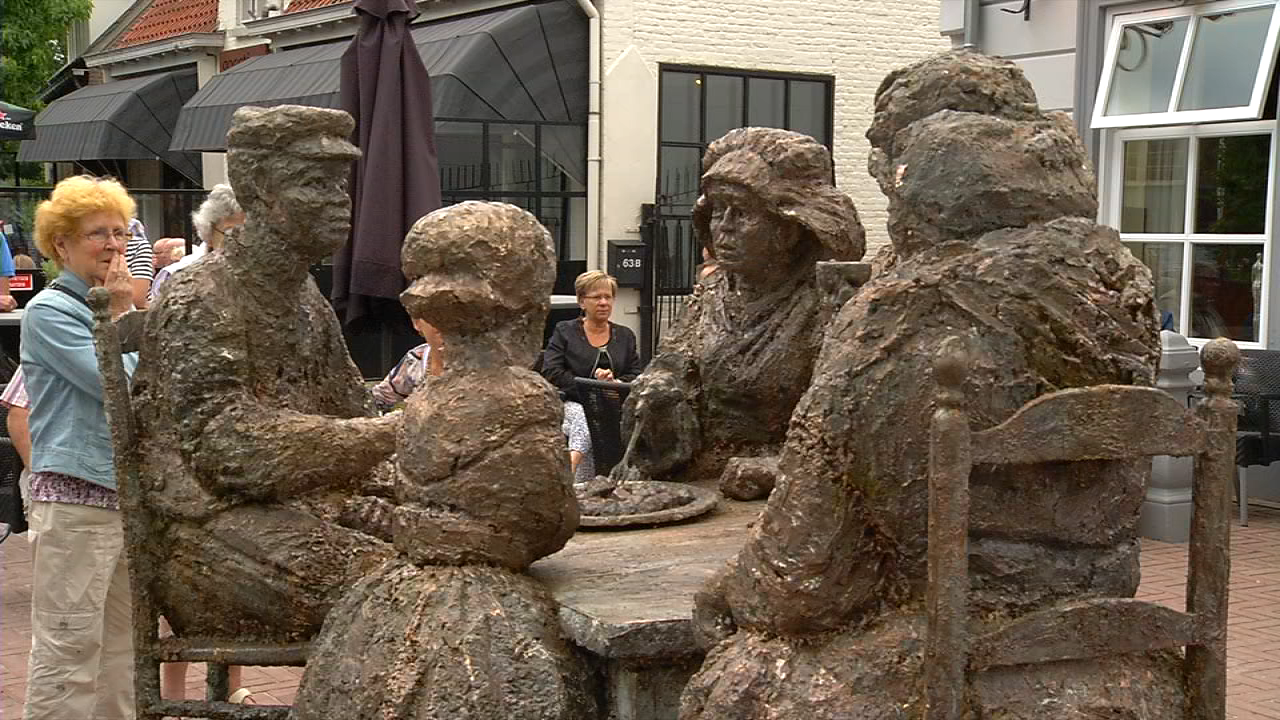 Last weekend the people of Nuenen had a sneak preview of the ‘Aardappeleters’ (potato eaters) by Van Gogh, cast in bronze.

The man-sized work of art, made by artist Peter Nagelkerke from Eindhoven, stood on the terrace of restaurant ‘De Zonnewende’ which is located next to the park, for two days.

The artist himself was delighted with the turnout and people’s reactions: "The feedback of the visitors is mainly positive. This appreciation feels nice I have to admit, after all the fuss lately," says Nagelkerke.

However, the artist noticed that the people who have expressed negative views on his work, did not come to see the piece. "With that behaviour they are entrenching themselves even more and more," he said.

The artwork, created especially for the "Van Gogh Year" increased the talk of the town the past few months. The work itself, but also the location is not accepted by everyone in Nuenen. The plan is however that the work will get a spot in the park in the heart of Nuenen at the end of September.

Nagelkerke and other officials hope that the discussion around the work will now reduce and that there will be greater mutual understanding.