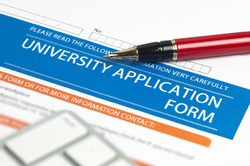 As of 1 September students coming from a foreign education and wishing to follow a Bachelor or Master study at TU/e will have to pay a hundred euros for their application to be processed. This has been decided by the Executive Board.

The income from this will be used to cover part of the processing costs of the foreign admission applications.
TU/e spends a lot of time and energy reviewing and assessing all the applications properly says Karen Ali, director of the Education and Student Service Center (STU).

Ali: "The international intake at TU/e has just grown and grown in recent years. Last year TU/e received nearly three thousand applications from foreign students wishing to study here. But among those three thousand is a large group that applies to several universities at the same time."

According to the director of STU, most Dutch universities introduced an application fee a few years ago ‘to make the percentage of students that really select a particular university as big as possible’.

Ali explains: "Their experience reveals that the group of students applying to a number of universities decreased, which allowed all the time and energy to be devoted to the applications of students who would be most likely to really come. This means that at TU/e we can also enable these students to find out sooner whether they have been admitted."