Home NEWS Enjoy Being A Senior 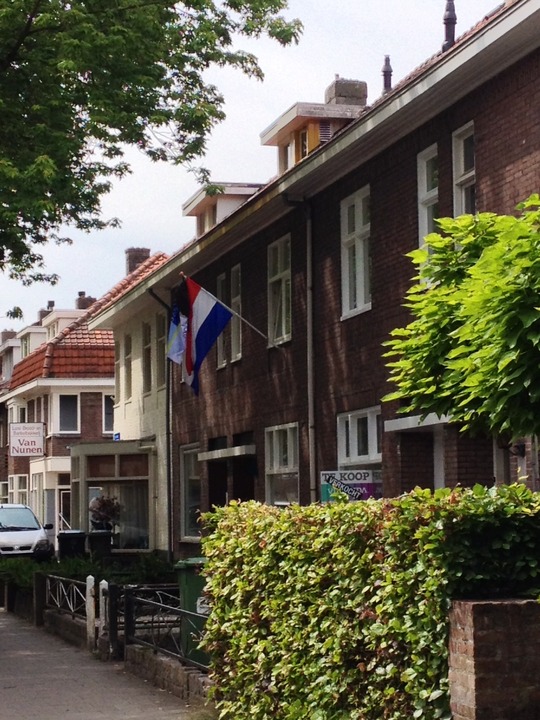 I am no longer a rookie!

Sometimes I wondered when Eindhoven would start to feel more like home. I found my answer when I last visited Taipei in April.

The next morning after we arrived, I poured myself a big glass of milk, thinking "let a beautiful day begin with some healthy, yummy breakfast!" Funny enough, I almost spit the milk out the moment I had a sip. I had nothing but one question, "No way, is this the taste of the milk in Taiwan? I honestly prefer the one in our fridge back in Holland."

All of a sudden, I realized that my taste buds had already betrayed me and Taiwan.

Since when has the Dutch milk become the standard? I don’t know exactly when and how it happened. What I am sure is Eindhoven has gradually become more like my hometown.

In my second year in the Netherlands, I feel both experienced and older. As some things start to repeat themselves, I grow a sense of familiarity about where we live. Now, I have a chance to look at the previous year with distance and come up with new perspectives.

I wasn’t eagerly looking for Taiwanese companionship last year because I wanted to push my personal boundaries and build a new comfort zone. That means I was sailing in uncharted water for quite a long while.

It is a panic before making a phone call in Dutch. It could also be a feeling of isolation when everyone in the room is laughing at a joke told in Dutch except me. Occasionally, thunderstorms would arrive in the form of questions like, "Has your Dutch improved?"

And, when did I find myself back on the map?

Recently, I was suffering from lower back pain due to pregnancy. I thought I could use a physiotherapist. I practiced what I might need to say in Dutch in order to make an appointment over the phone. It went pretty well until the lady threw me this question, "Wil je fysiotherapie of manuele therapie?" (Do you want physiotherapy or manual therapy?) She got me! I said, "Ik heb geen idee, want ik weet niet wat het verschil is." (I have no idea, because I don’t know what the difference is.) After all, I am not a doctor. Out of blue, she switched to English and asked me the same question in a considerably slow way, "Do – you – know – which – one – you – want?"

You will have to forgive me for what I did. It was a phone conversation, so I literally rolled my eyes. But I stuck to my ok Dutch and in the end, I made my appointment!

After hanging up the phone, I classified it as Dutch dry humor and laughed it off with some friends.

Coming back in Eindhoven, I decided to meet more Taiwanese. Eventually, I met five Taiwanese girls at Philips’ fruit garden last Friday. Three of them are still experiencing their honeymoon period with this country and one of them has already gotten her Dutch citizenship.

That afternoon, I lost track of time. We laughed so much. I felt delighted that I learned some useful tips and was able to offer a few as well. On my way home, I saw some the Dutch flags and backpacks hanging on the walls in the front of the houses. This is Dutch people’s unique way of saying "Congratulations! Now you are one step further!"
When a child graduates from high school and is ready to pursue further study in the university, a new chapter in life is about to begin. The Dutch parents raise the national flag to show their pride and happiness. As for the backpack, since it will not be used anymore, it might as well stay there to keep the flag company.

To me, the new friendship was a lovely achievement. I had a strong feeling that I really moved one step forward. Also, I was very proud of connecting the Taiwanese sisterhood here in the Netherlands. I gave myself a "two-thumbs-up" flag in mind that day.

It is inevitable that we all feel lonely sometimes, but I also think that we are not alone. I’ve heard that Philips’ fruit garden would be open for apple-picking on September 19th. Is there any better reason for me to organize another gathering with those girls? I guess not.