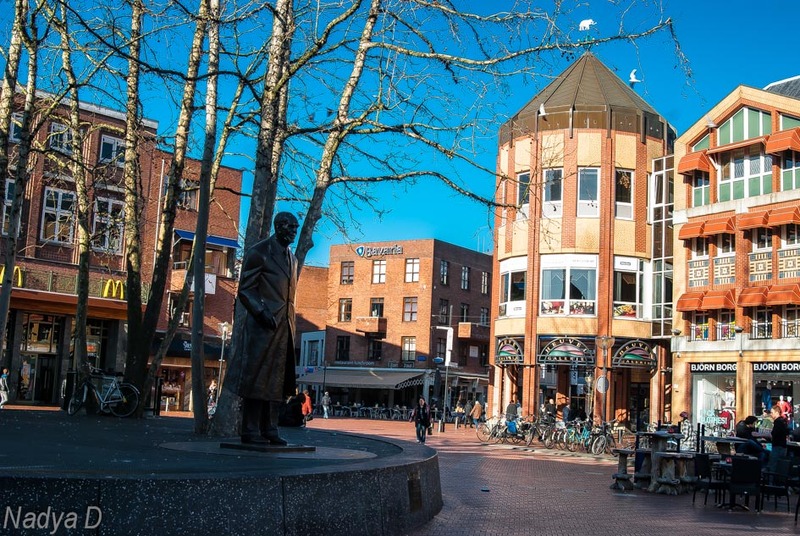 If no objections are made, the statue of Frits Philips will be moved from the Eindhoven Markt to the Square in front of the Lighttower at the Emmasingel, late summer.

The procedure surrounding the relocation of the statue starts at the end of this month. To be able to move Frits Philips, an environmental permit is required. If no objection is filed, the statue can be moved from its current location to the square in front of the Lighttower by late August or early September.

The so-called droplet, an advertising column, must make way for Frits. The droplet will then be moved to the Ketelhuis Square at Strijp-S. Therefore, as for the statue, an environmental permit is required.

The statue is a tribute to Frits Philips and made by Kees Verkade. It is almost ten years since Philips died.

When the statue is actually moved and again revealed, is not yet known. The idea for the translocation comes from a reader of the Eindhovens Dagblad. The newspaper organized a campaign for a better location of the statue.