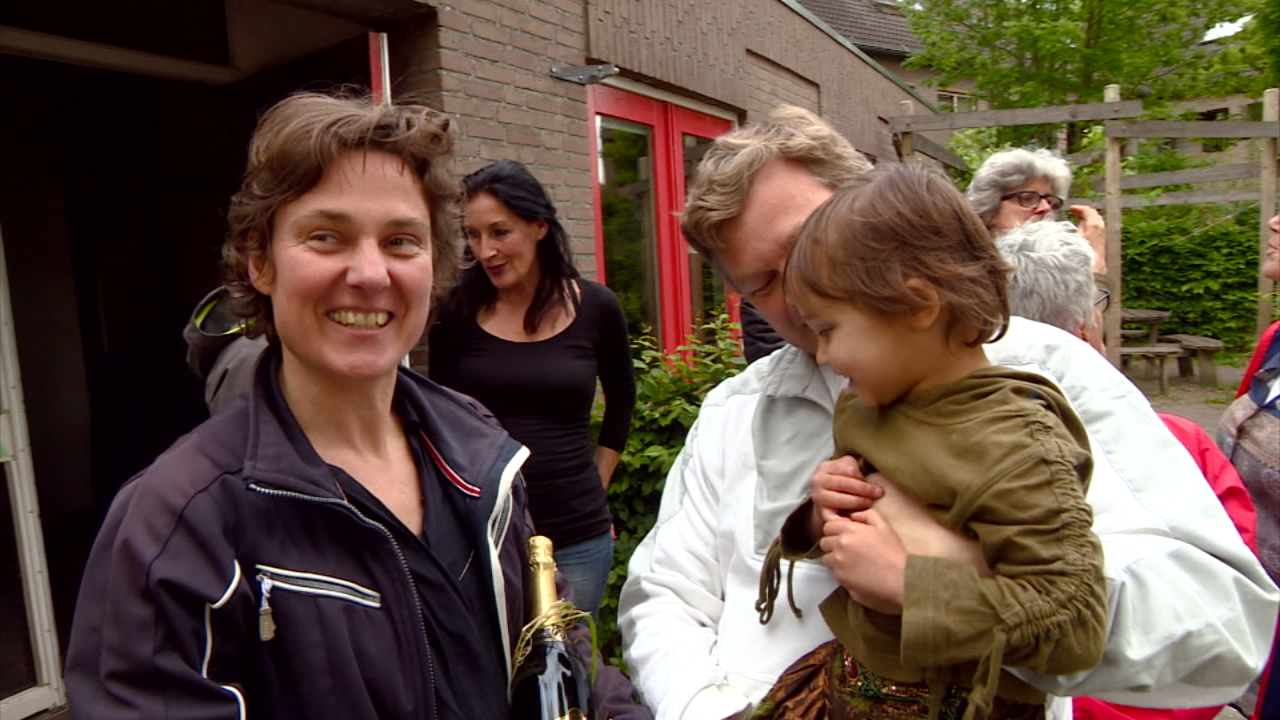 Cake, flowers and lots of congratulations for Eugenie Wicherink from the Achtse Barrier as she has been chosen as Best Neighbour of the Netherlands.

Earlier she had already won the title Best Brabant Neighbour, but a jury, chaired by well-known weather man Piet Paulisma, decided she was the nation’s Best Neighbour as well.

Eugenie has taken lots of initiatives in her neighbourhood for the sole purpose of connecting people to one another. Her efforts were so successful, that they won her this title.

The election was initiated by ‘Stichting Buurtlink’ (Foundation Neighbourhood Link). Eugenie was chosen from over 300 nominees, for whom thousands of people had voted.