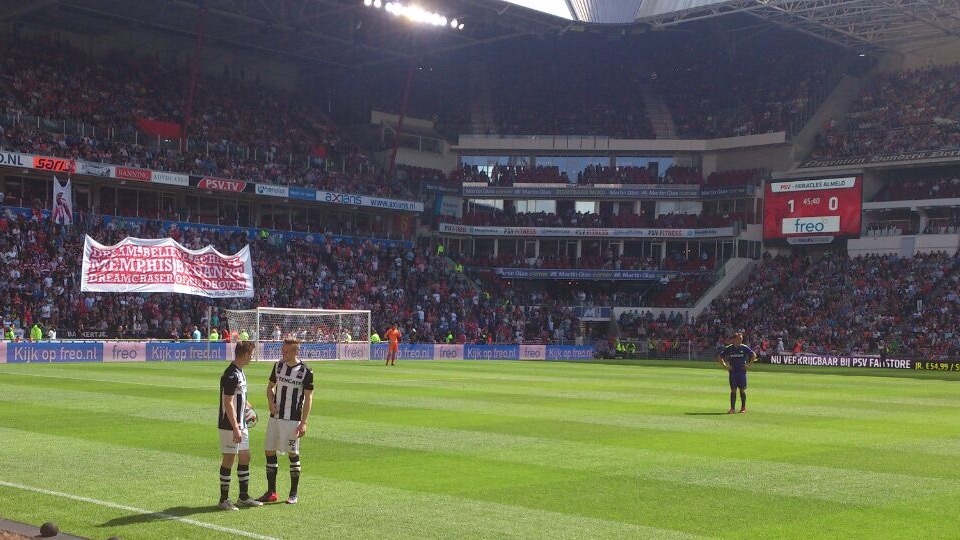 With a 2-0 win against Heracles, PSV is setting a new club record. For the first time in the history of PSV, they are winning the Eredivisie (premier league) with 28 victories.

In the team’s record, PSV has had 27 wins in 34 matches. On Sunday, Philip Cocu’s team, breaks its own record. In addition, Memphis Depay and Luuk de Jong are ranked the top scorer of the Premier League. One more league will determine the neck-and-neck race.

The second goal of the match was by Luuk de Jong, taking him to the second place to the title of top scorers. He was the best offensive player in the league in the last season. De Jong scored 10 goals with a header.

Jürgen Locadia began the final home game of the season against Heracles Almelo in the base. The attacker was rewarded for his winning goal in the final phase of the away match against Excelsior two weeks ago. He took the position as right winger from Luciano Narsingh.

And as for happy endings, a PSV fan drove home a Mercedes SLK as a lucky draw, shooting the ball in the centre spot where the car was parked. It is said that the winner of the cabriolet Mercedes of the Year drove home with wet buttocks from water from the football field water sprinklers. He needs to return the car after one year.