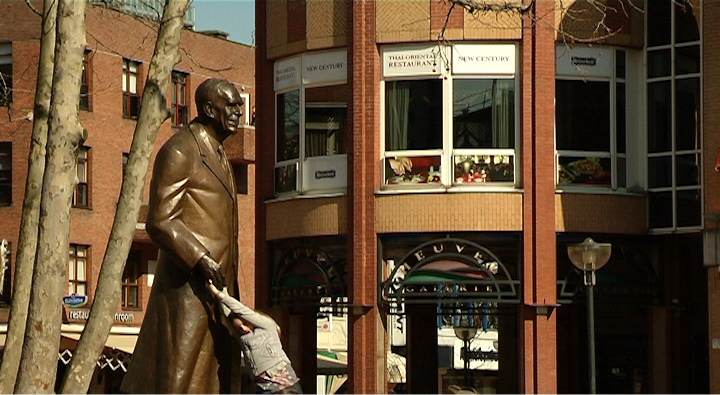 It will cost 5,000 euros to move the statue of Frits Philips from the Markt to a place near the Lichttoren. This is evident from responses by the College Board on questions of the LPF.

Discussions to move the statue were raised a while ago by the Eindhovens Dagblad but it has been quiet for some time. LPF asked about any progress. Two years ago the College Board had said to look into it.

The College is saying that the ball is now in Trudo’s court. They need to apply for a permit to move the statue and carry out the adjustments close to the Lichttoren, to install the statue.

The costs that the move entails are estimated at 5,000 euros. The municipality is willing to pay half. The other half is accounted for by the newspaper.